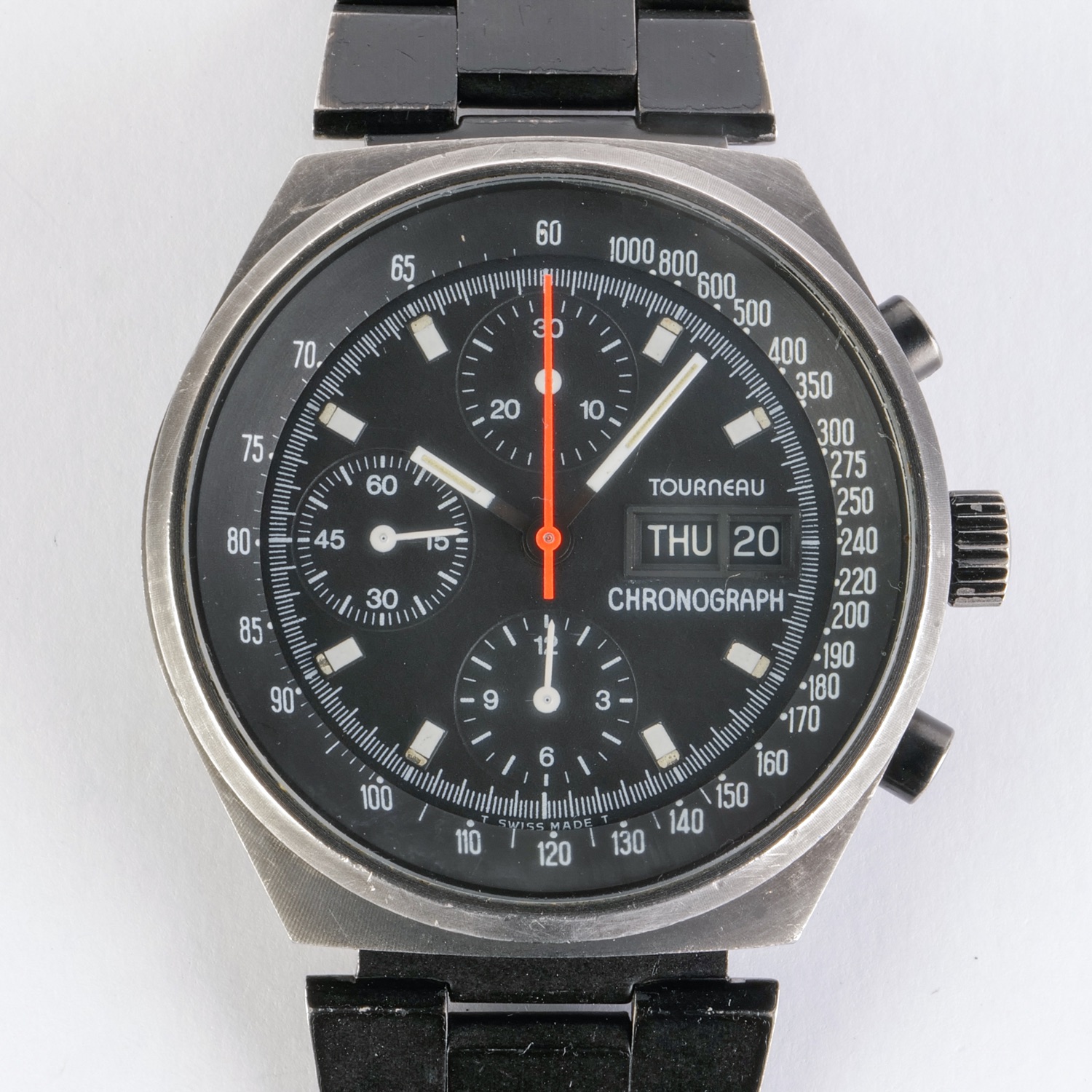 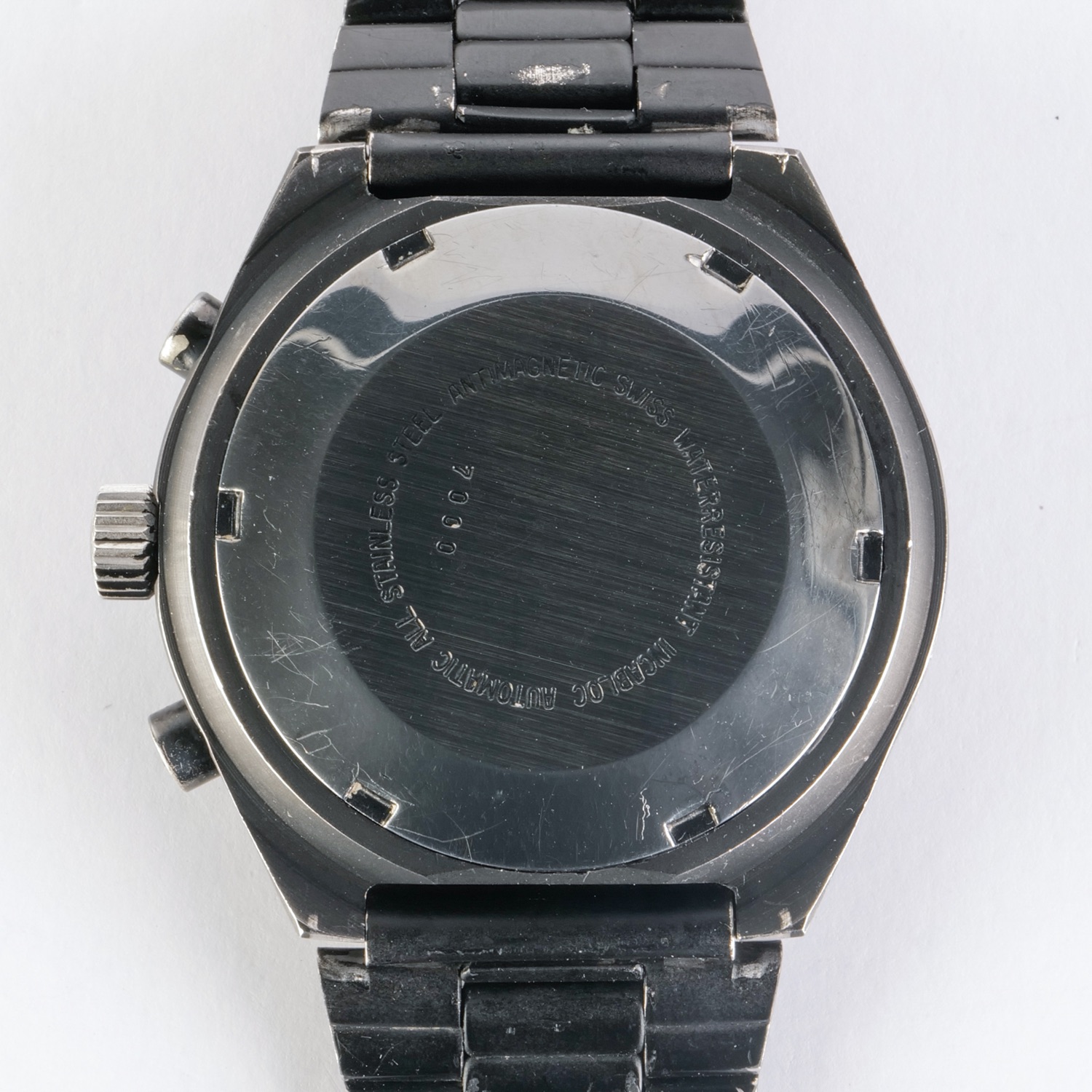 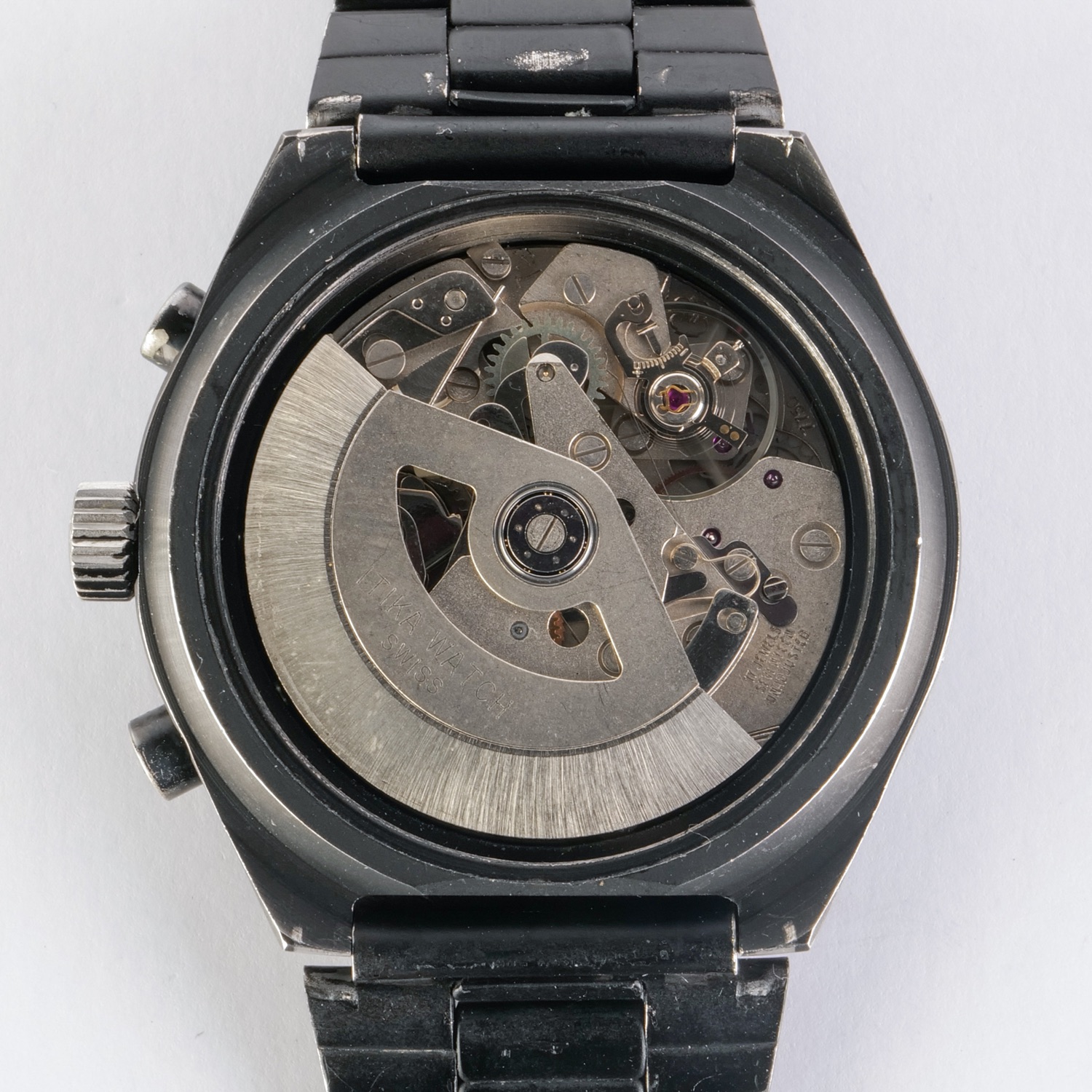 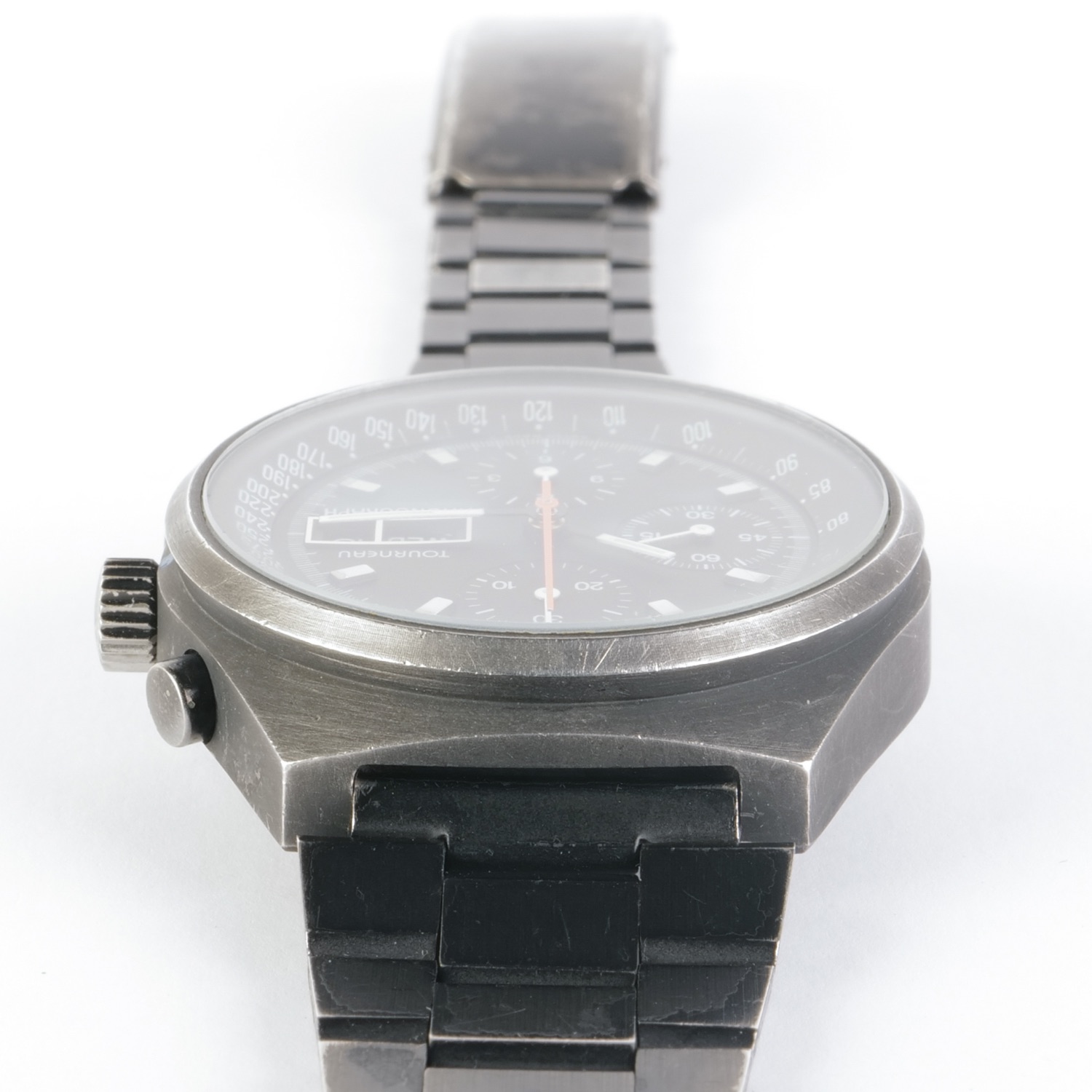 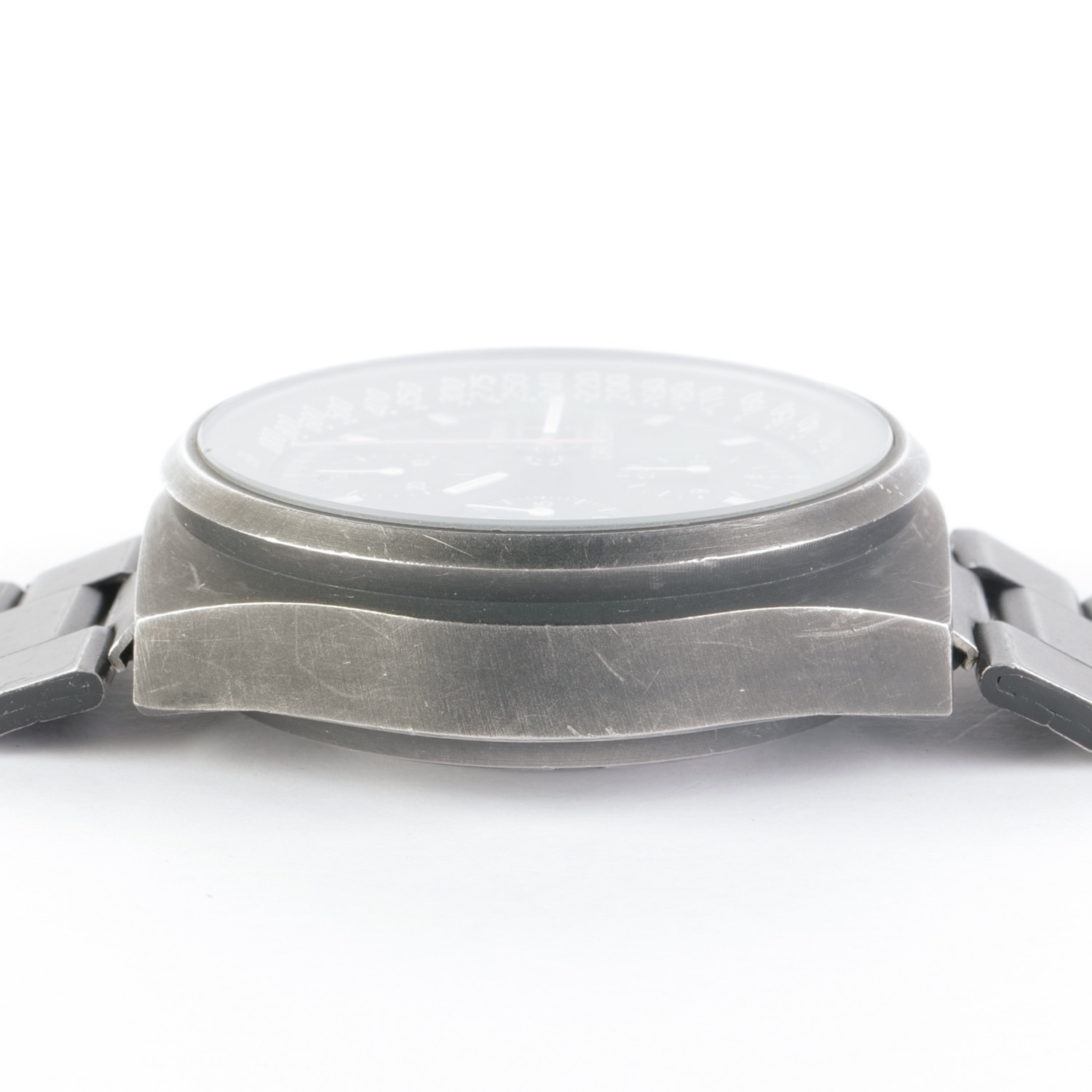 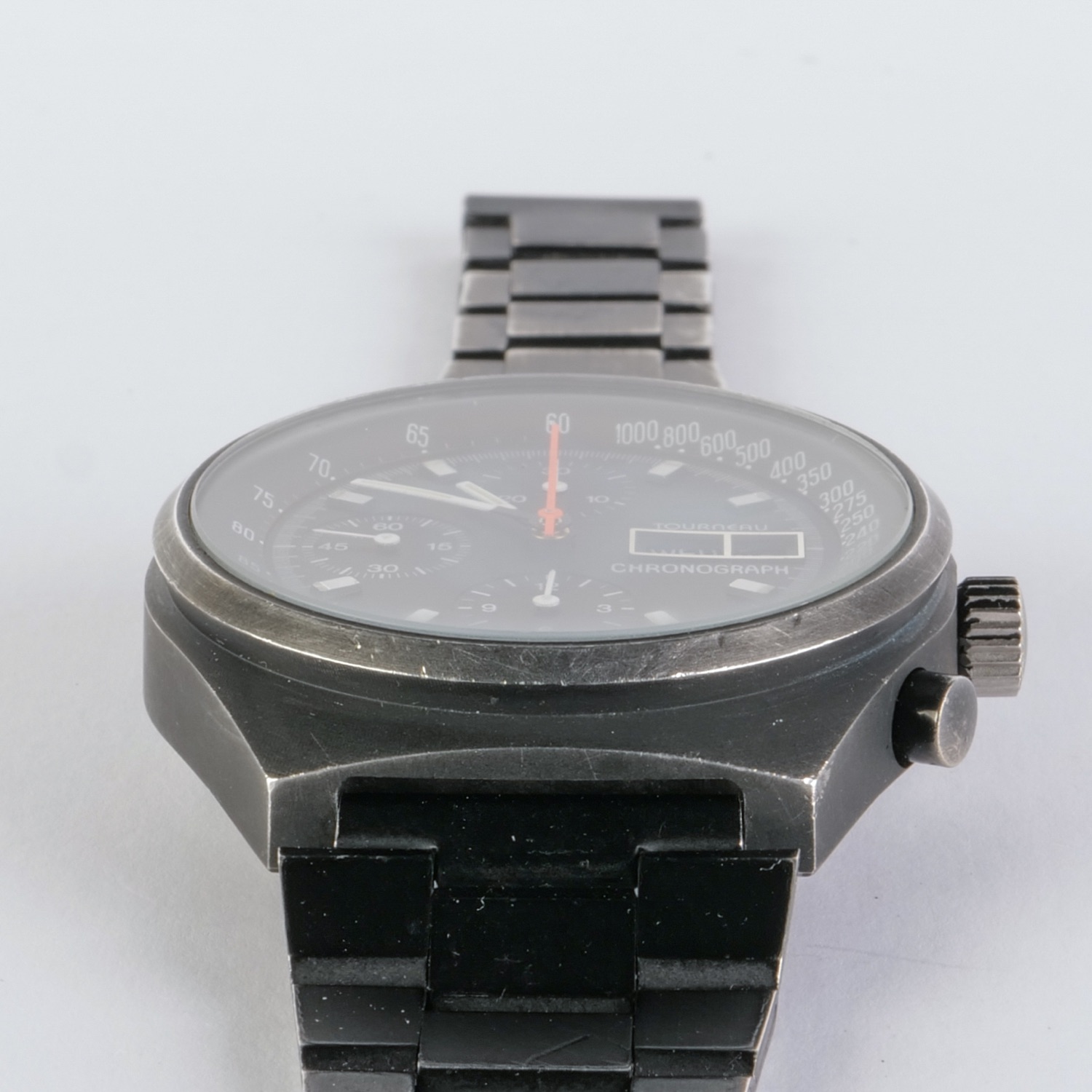 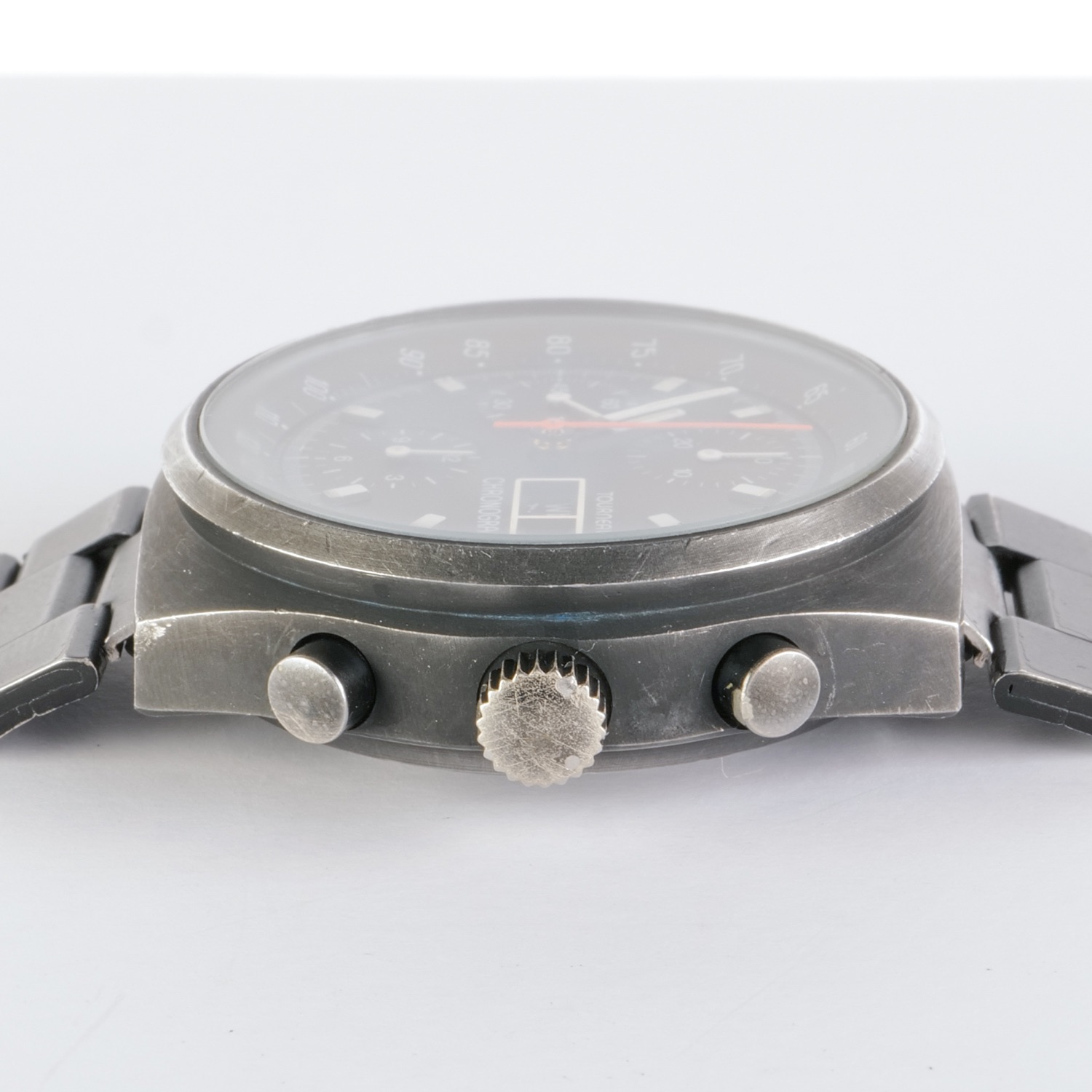 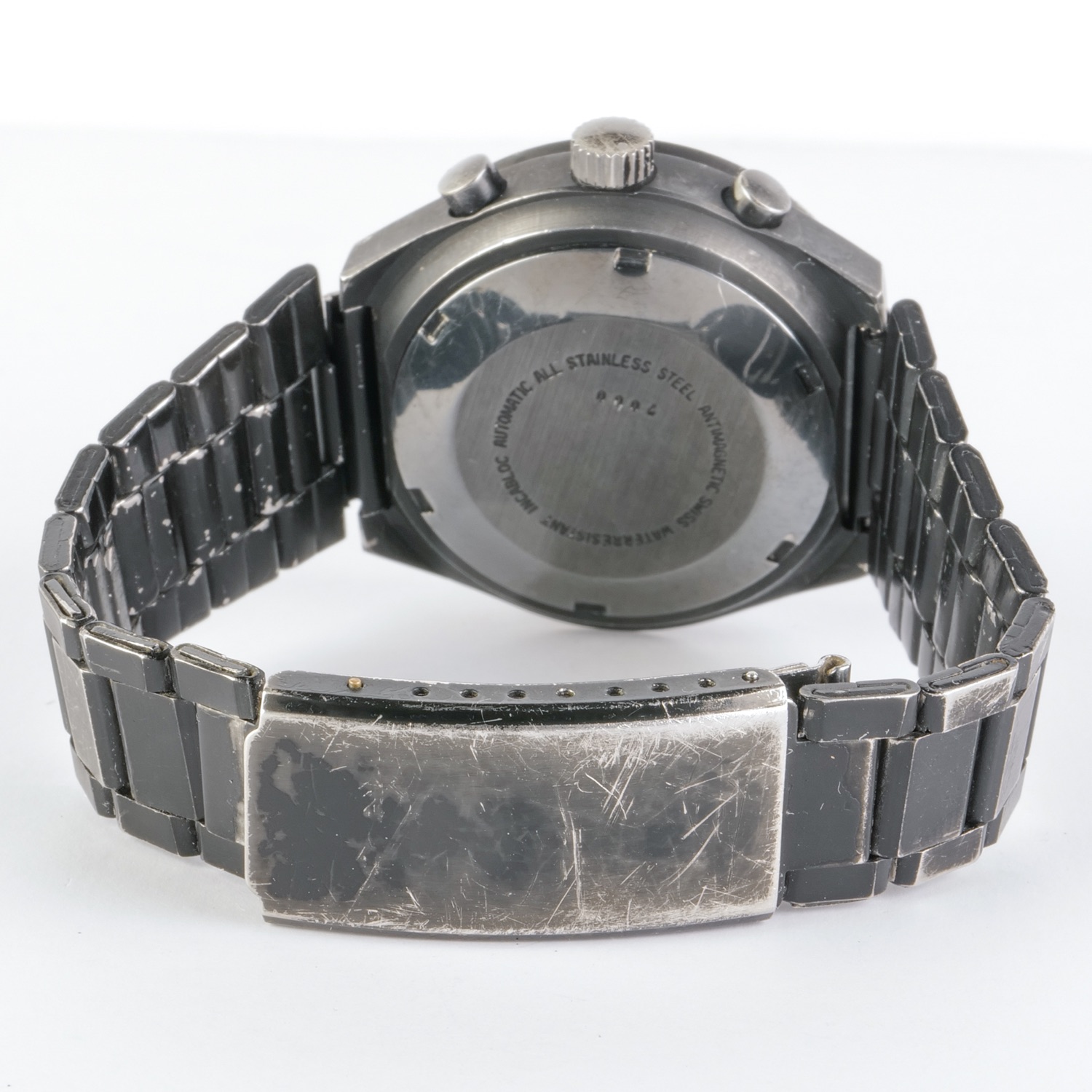 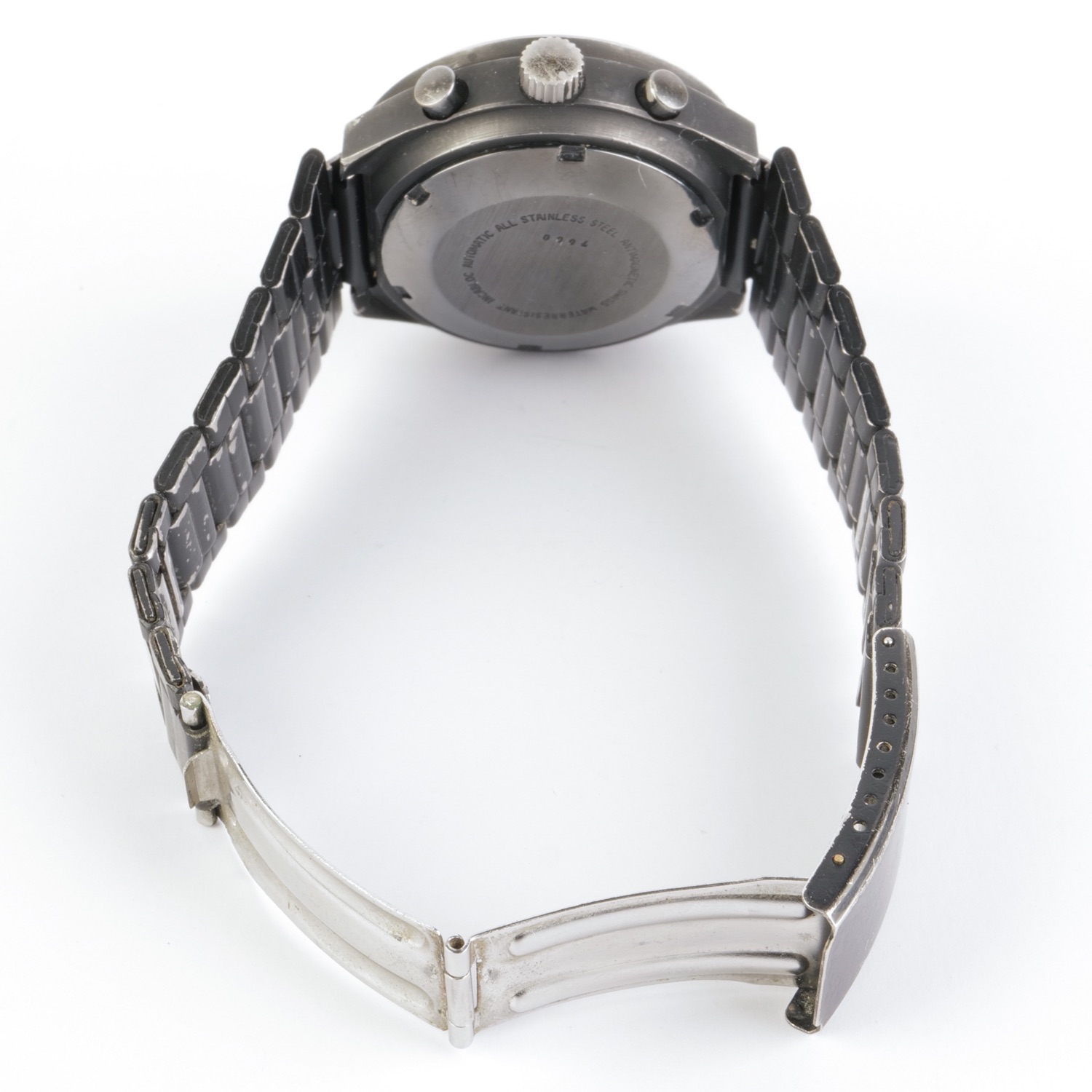 The Tourneau Company began in 1900 in Eastern Europe, as a jewelry store. After immigrating to New York in 1924, the Tourneau brothers opened a small shop with a watch counter inside the Berkshire Place Hotel. Their growth continued in 1930 and 1940 with the opening of two full stores in New York on Madison Ave, as well as across from Penn Station, respectively. It wasn’t until the early 1990s that Tourneau opened its first West Coast store, with its location in South Coast Plaza Mall in Costa Mesa, CA.

The Tourneau Vintage PVD Pilot Chronograph 7000 was produced by Heuer for Tourneau and shares similar aesthetics as well as mechanics as the Heuer Pasadena. With a PVD coated stainless steel 41 mm case and a mineral crystal, the Pilot 7000 is powered by a Valjoux 7750 movement. The dial is matte black with 3 registers, as well as day and date windows and a tachymeter scale at the outer edge of the dial.

This Tourneau Vintage PVD Pilot Chronograph 7000 is in good condition. The case PVD coating has faded and developed patina. The case and fixed bezel have wear markings consistent with a timepiece of this age, as visible in the photographs. The PVD coating on the bracelet and deployant clasp also show wear. This listing is for the watch and bracelet only.