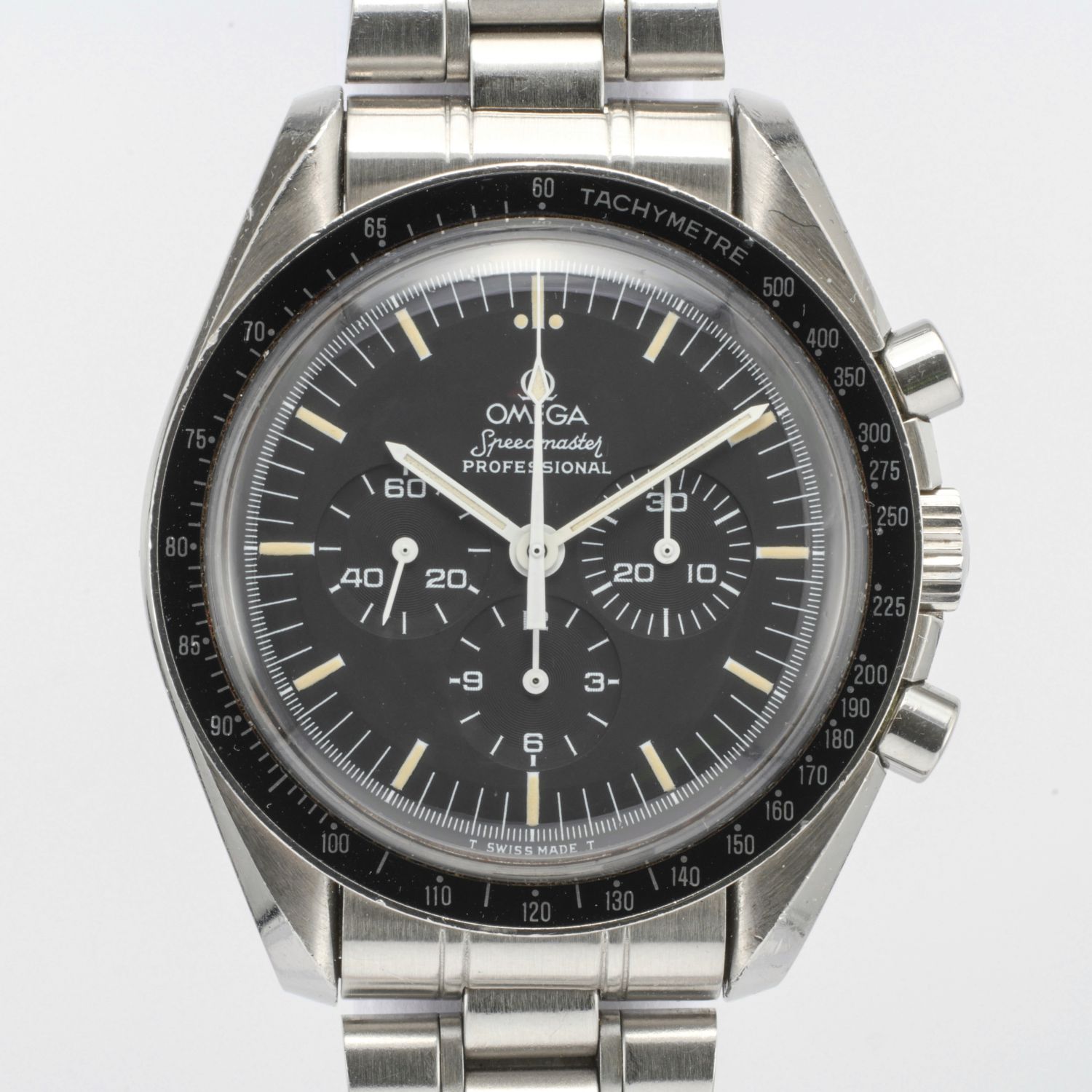 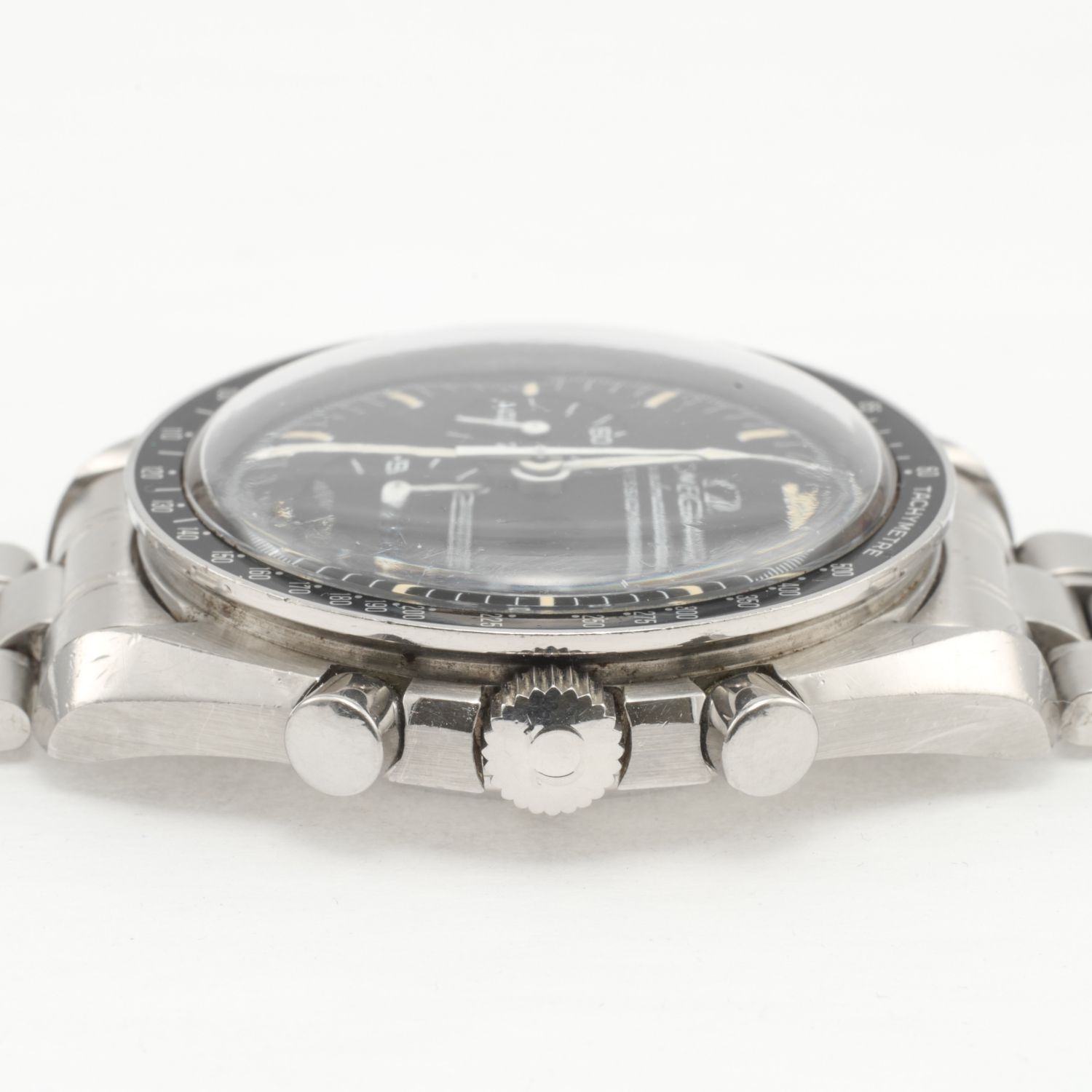 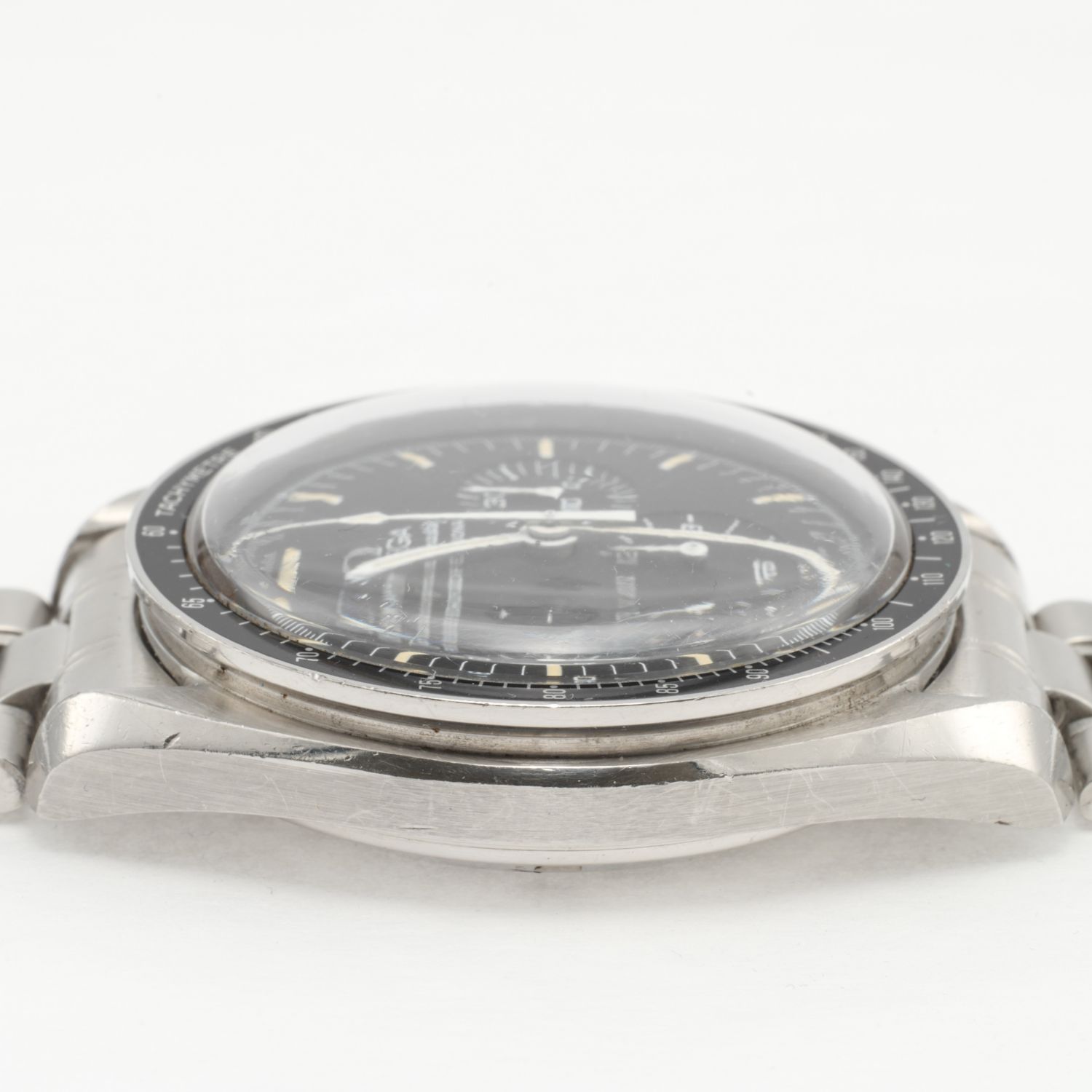 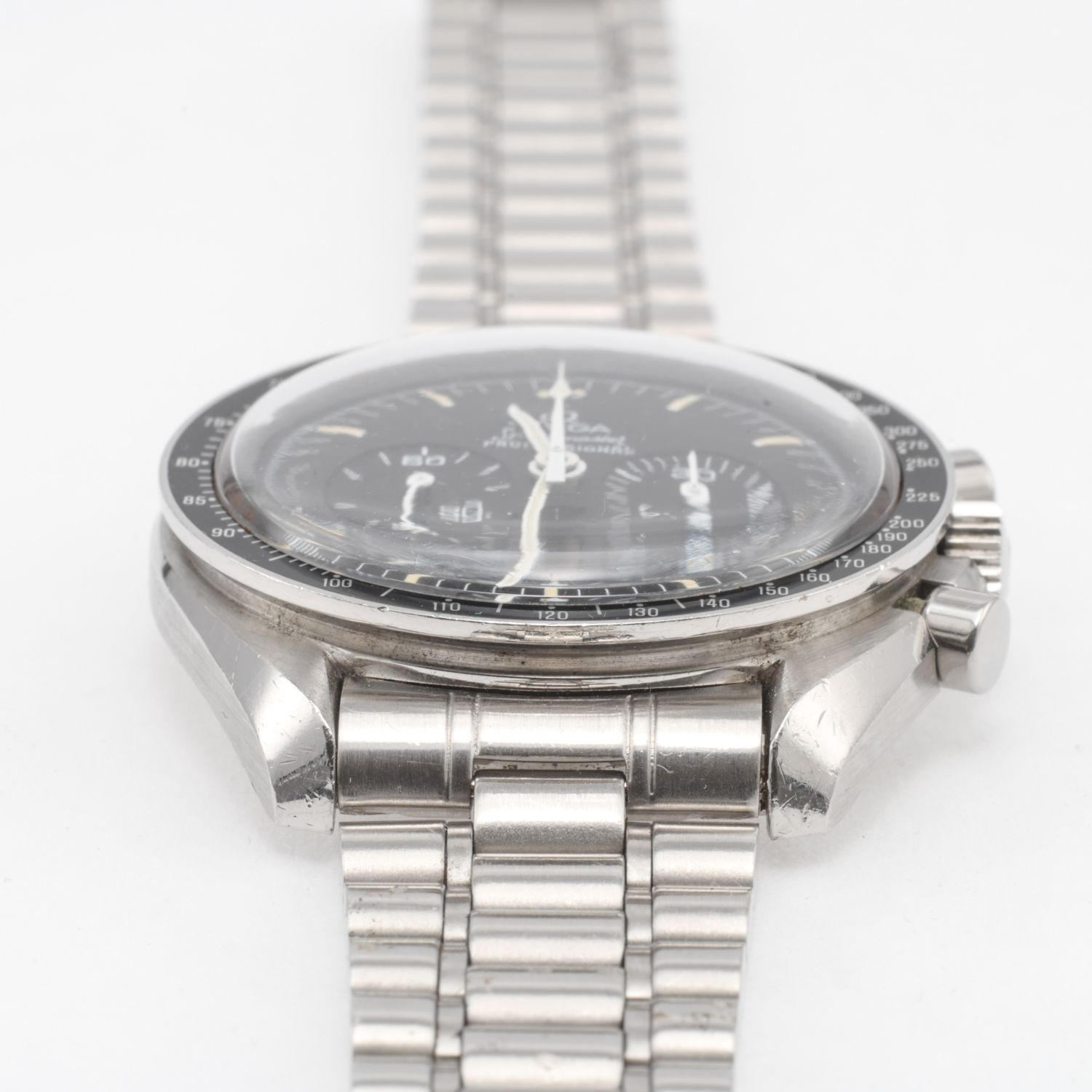 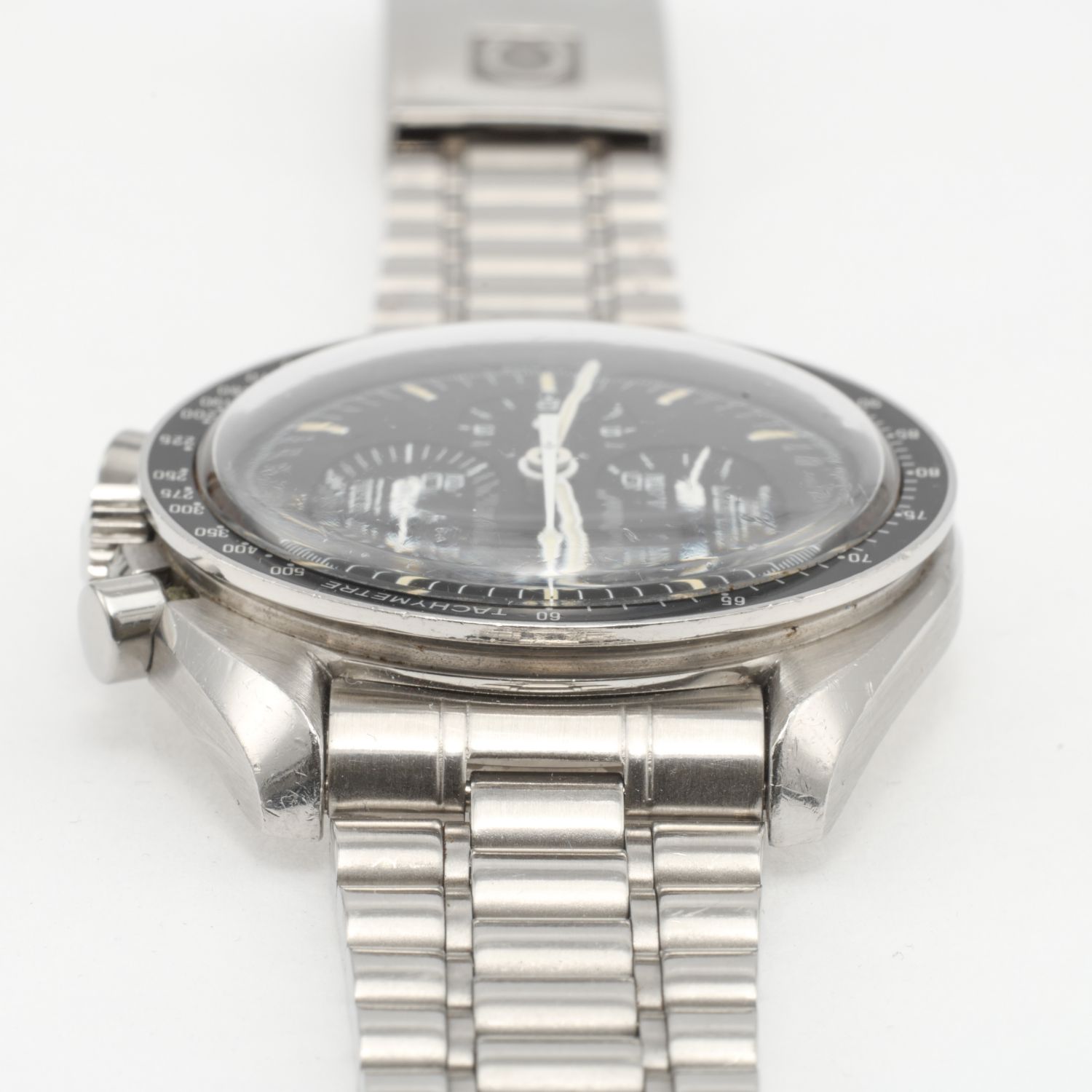 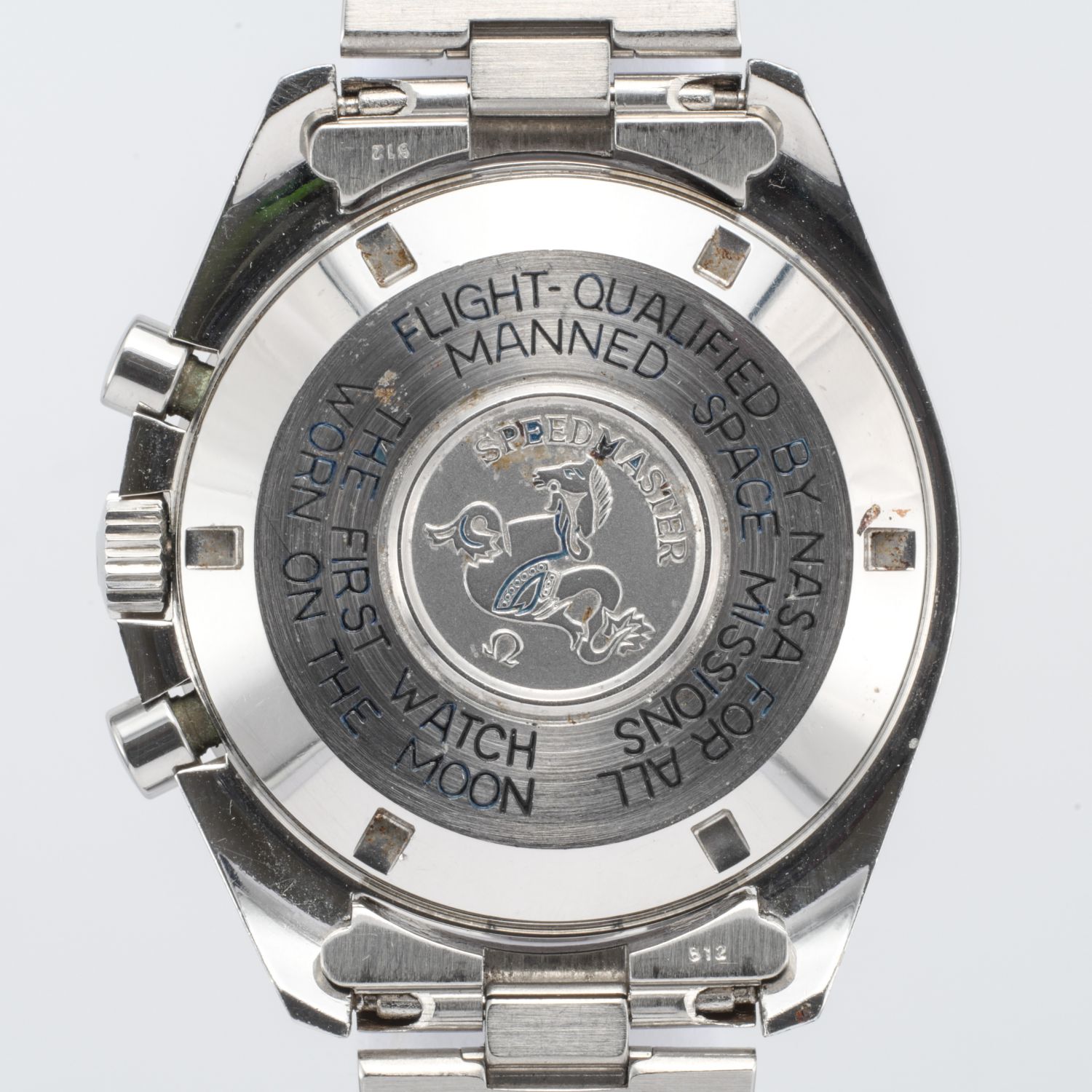 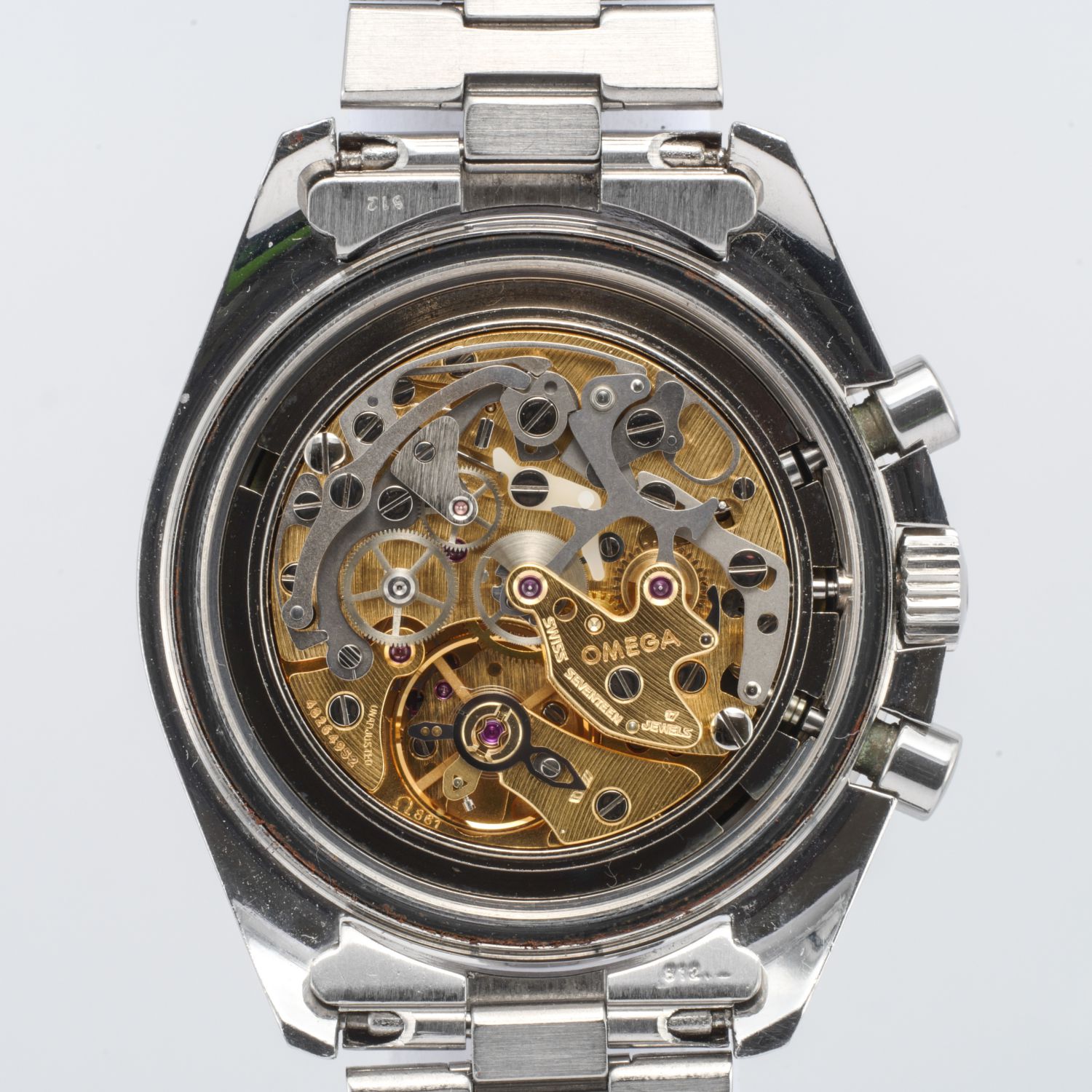 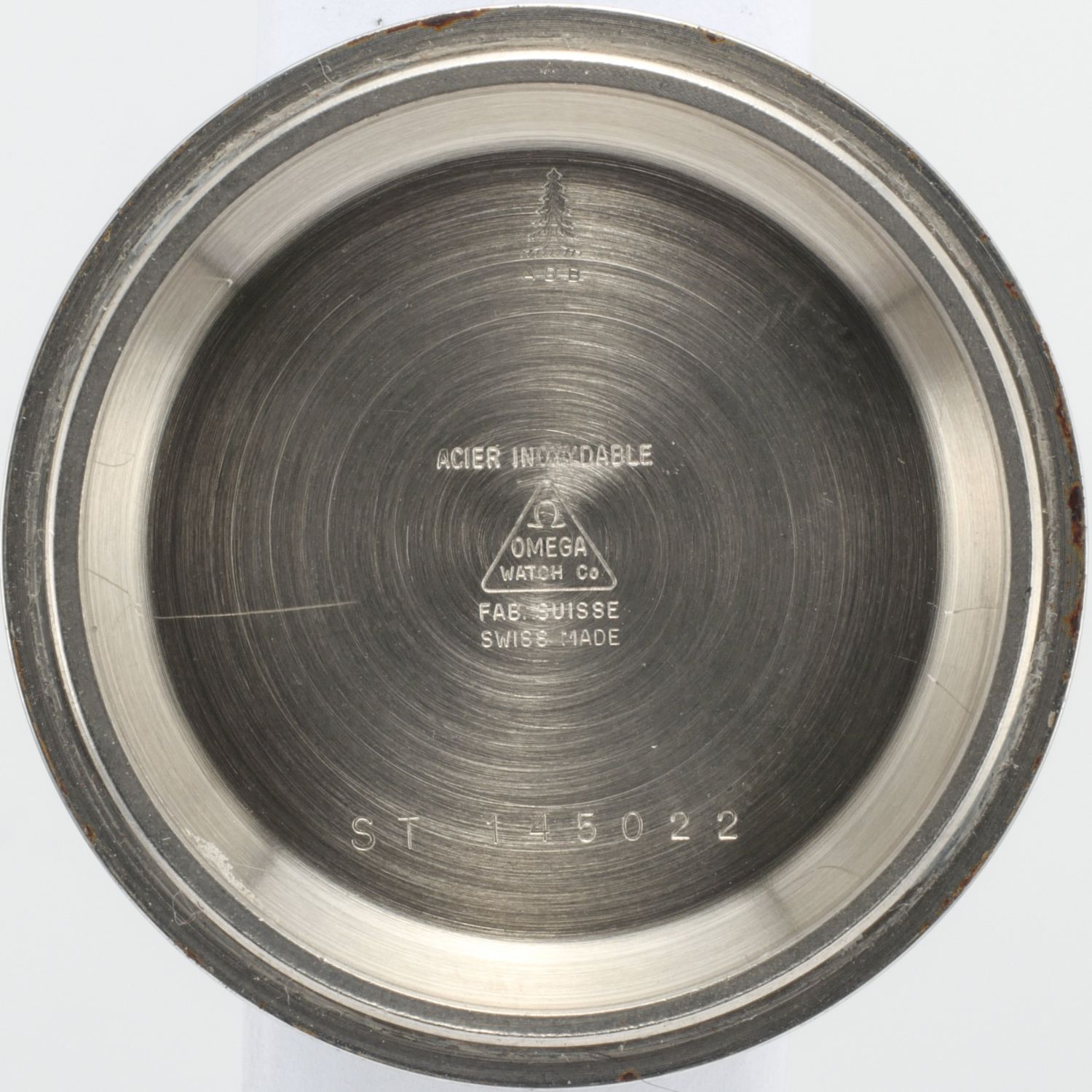 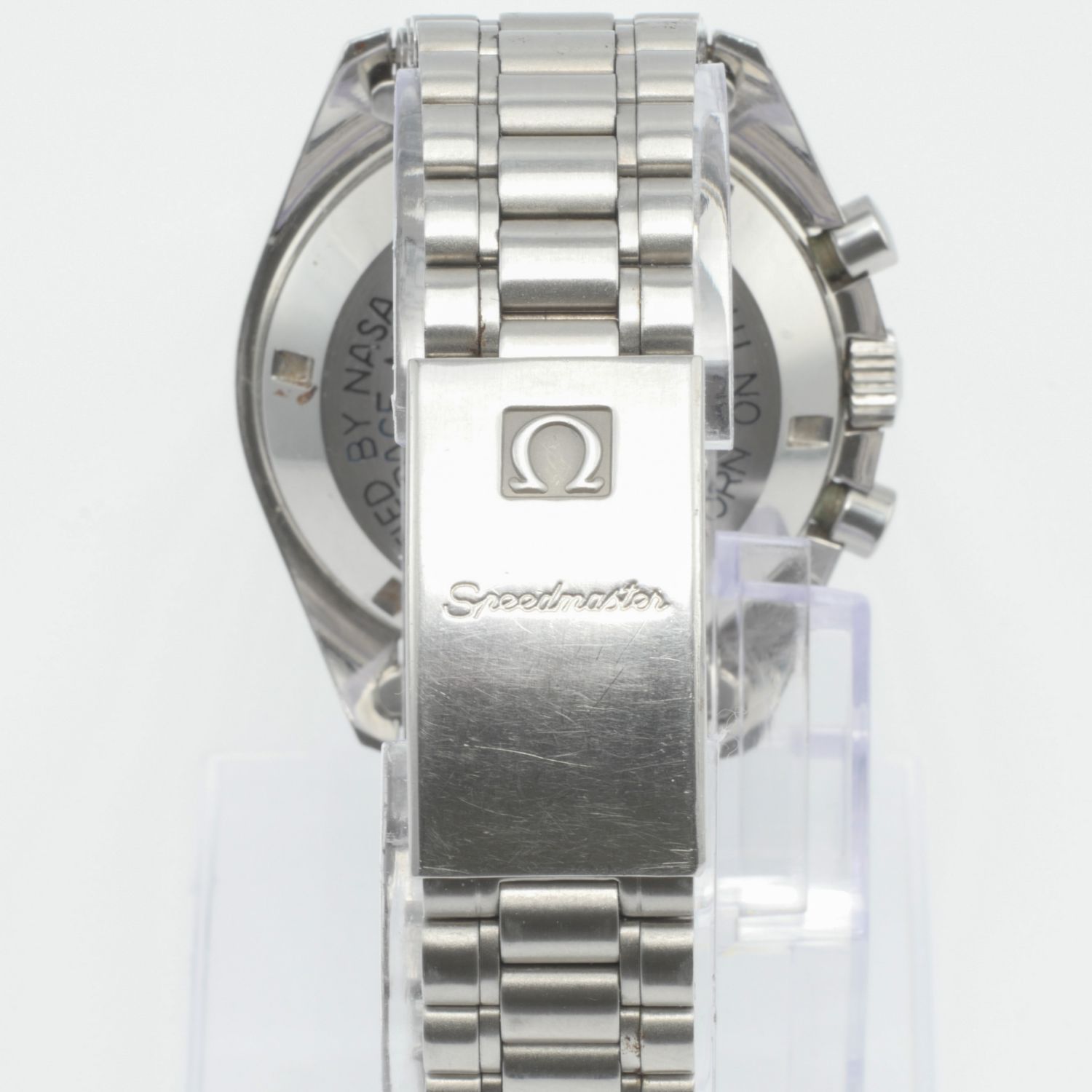 The Speedmaster was introduced in 1957 as a sports and racing chronograph, complementing Omega’s position as the official timekeeper for the Olympic Games. Its iconic place in history stems from its utilization by NASA for the Gemini Titan III crews, and eventually by the astronauts on the Apollo 11 mission, which made it the first watch to be worn on the moon.

Only slight changes to the aesthetics of the Speedmaster Professional came with the update to Ref 145.022. It was the first model to have a painted logo on the dial, instead of an applied one. The big change was the update from the Calibre 321 movement to the Calibre 861 movement.

This Omega Speedmaster Professional ref 145.022 dates to a production year of 1991. The case appears to be unpolished, which is rare for a watch of this age. It has tritium lume on the hands and hour markers. The case shows wear, as well as a few small nicks, that are visible in the photos. The bezel also has some small chips and scratches, as would be expected in a timepiece of this age. The bracelet is also in good condition, with some wear marks.