The Omega Speedmaster Professional 105.012 has a special place in history, as it was the first reference that would accompany the Apollo astronauts on the moon. The Speedmaster Ref 105.012 had several notable styling changes from previous models, including the addition of the moniker “Professional” on the dial, as well as the first crown guards on a Speedmaster case. 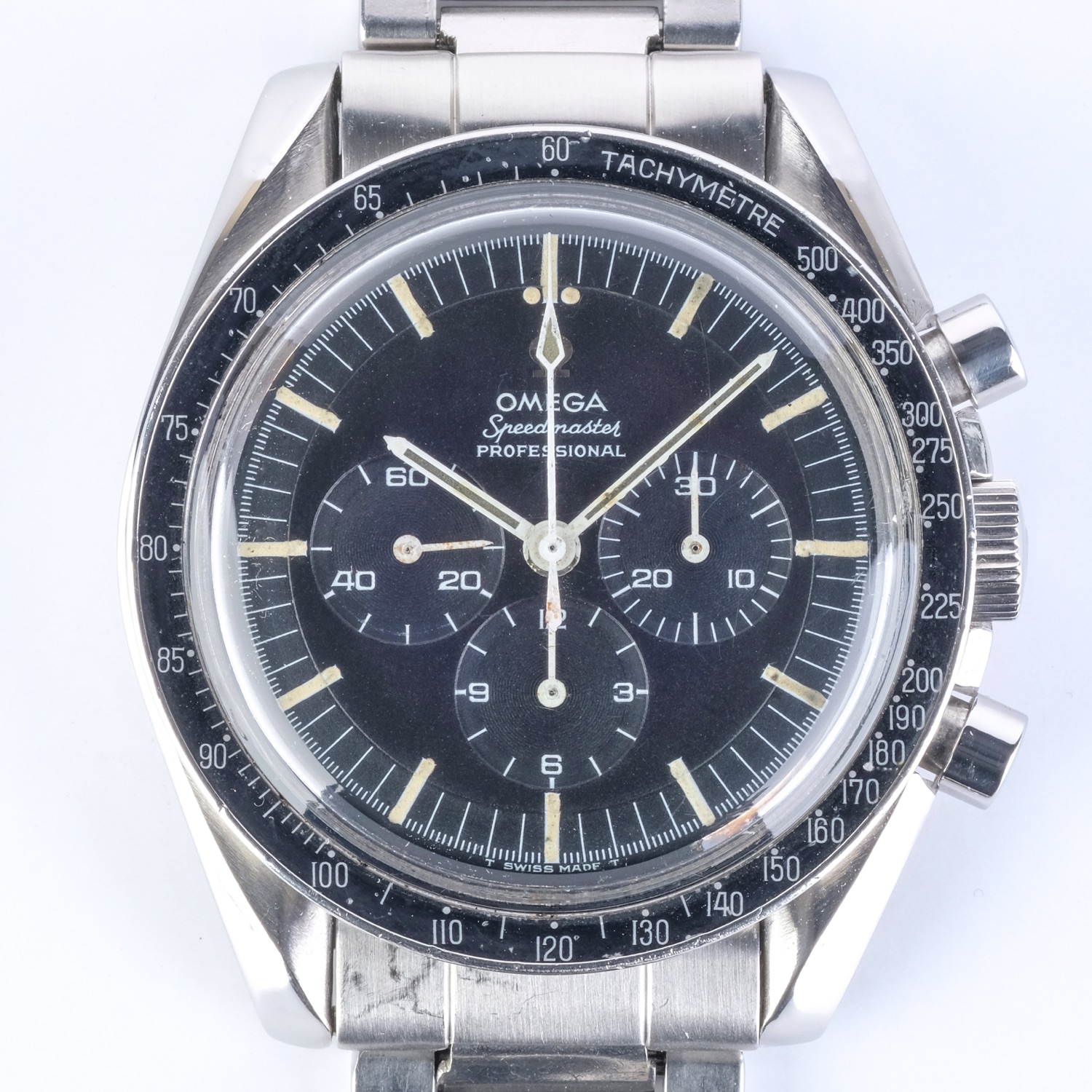 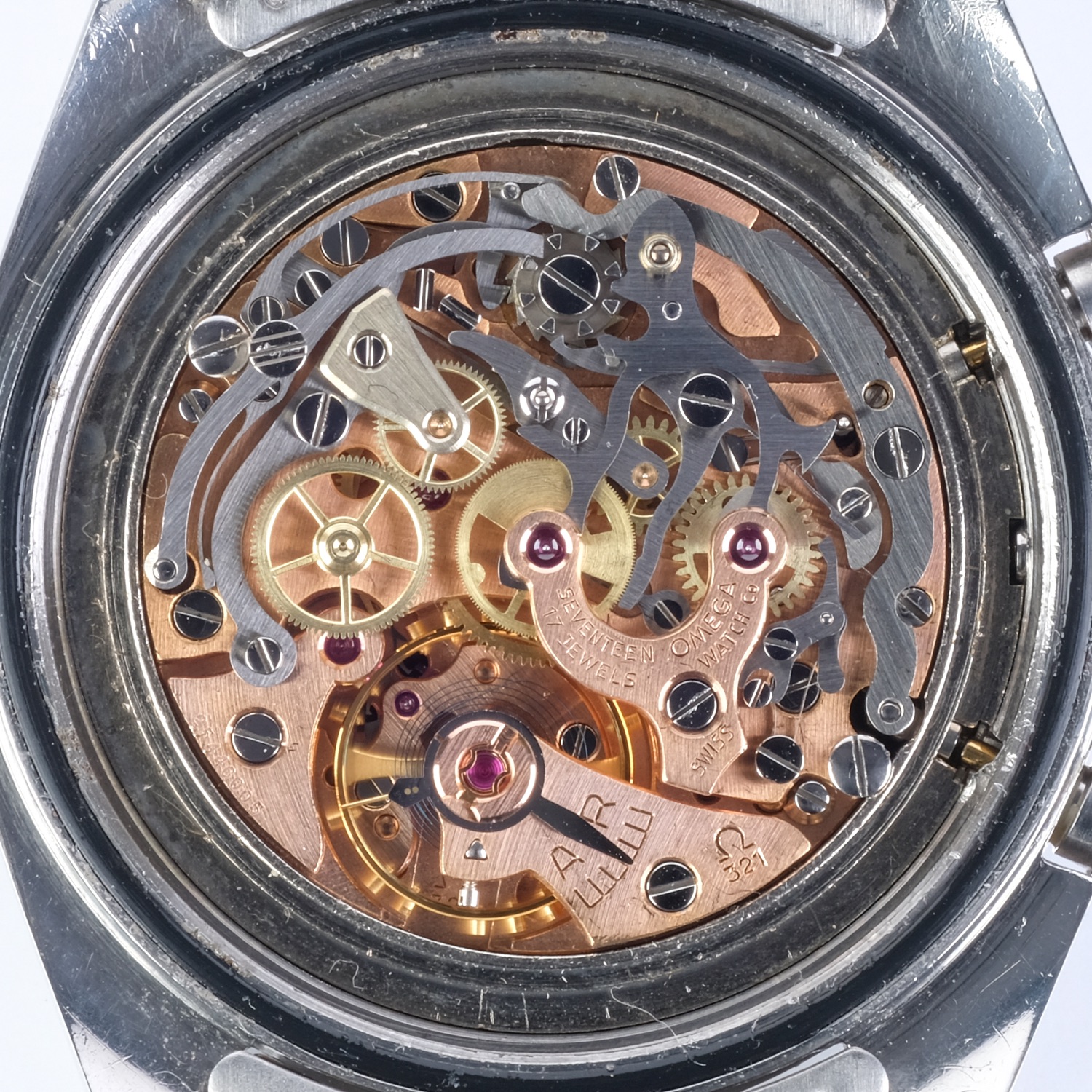 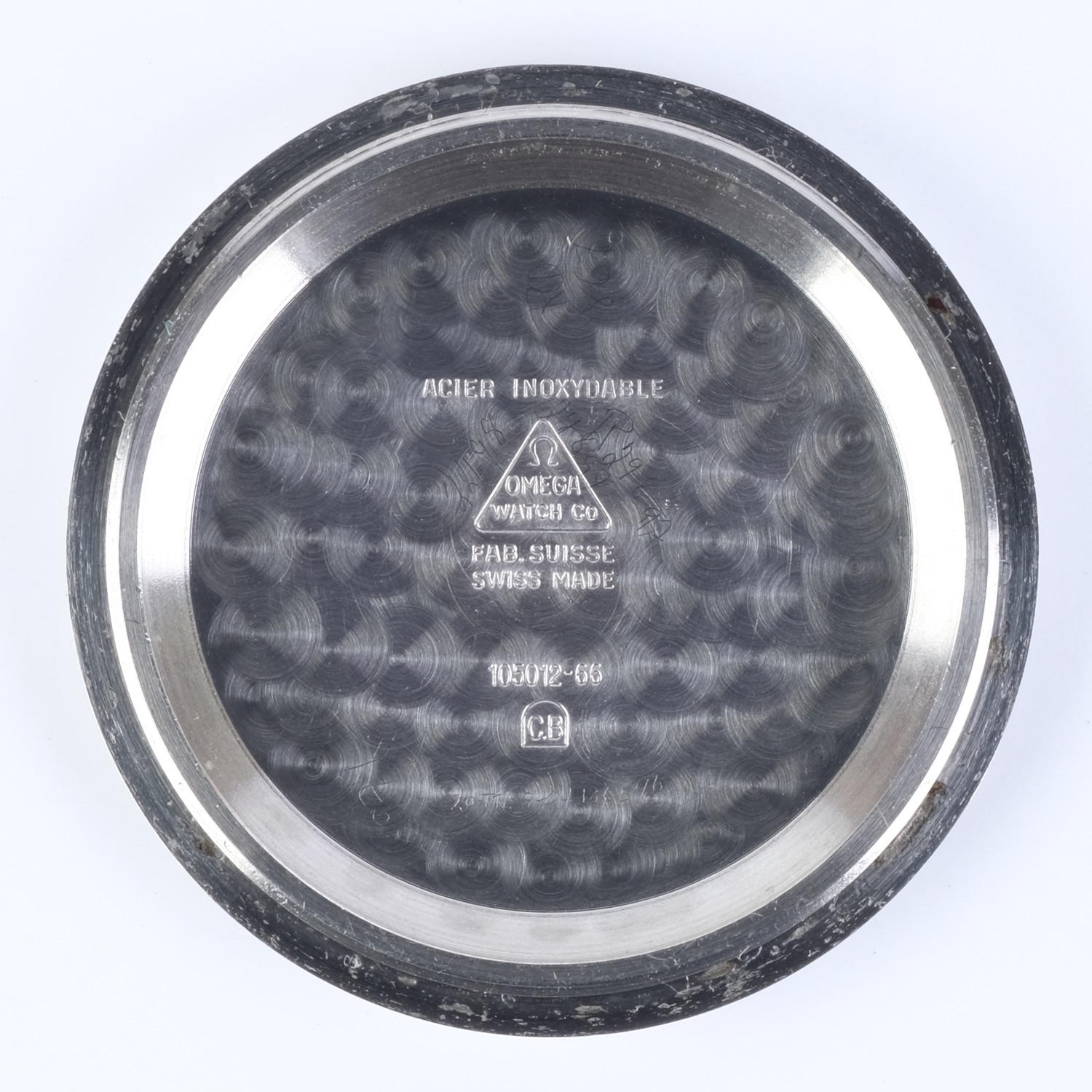 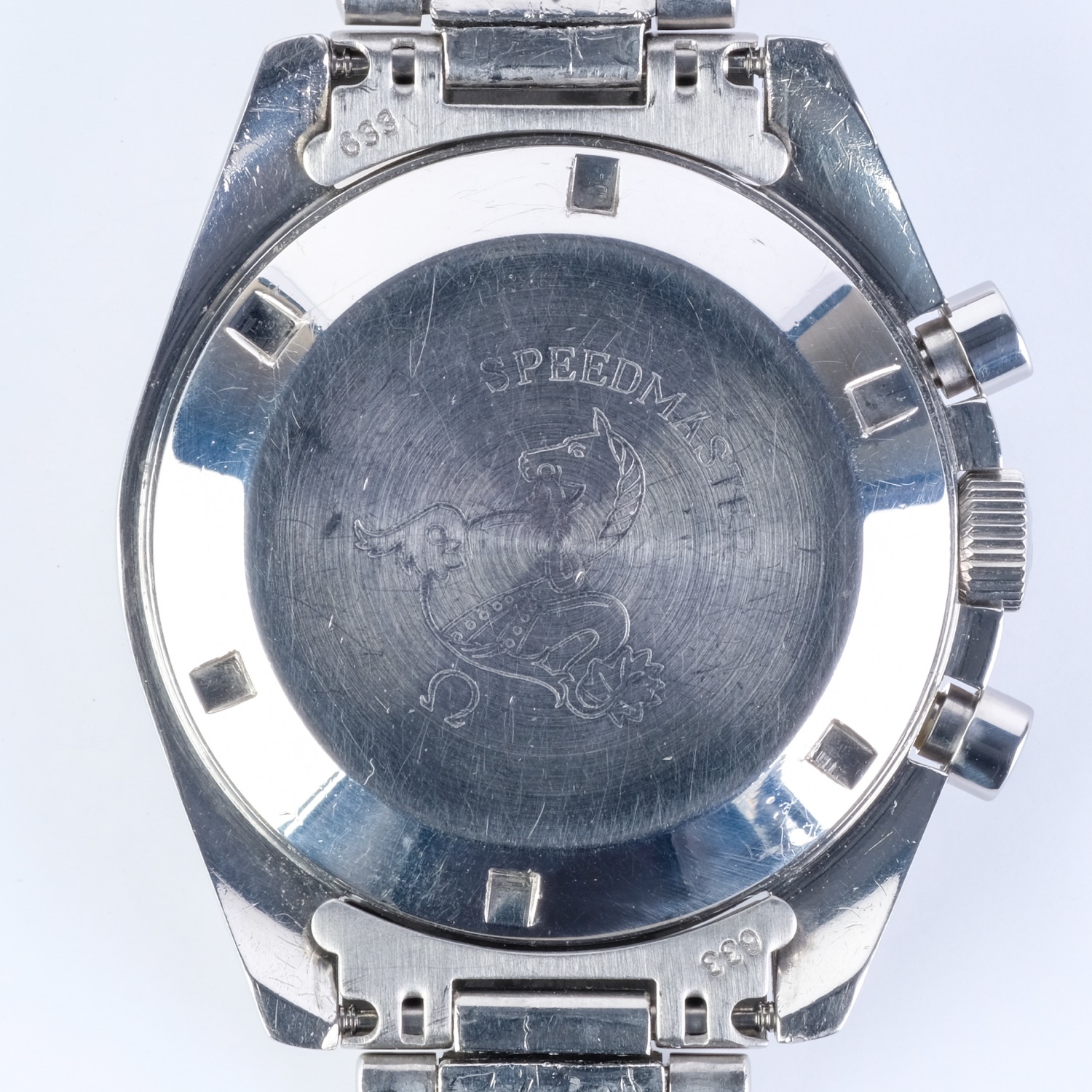 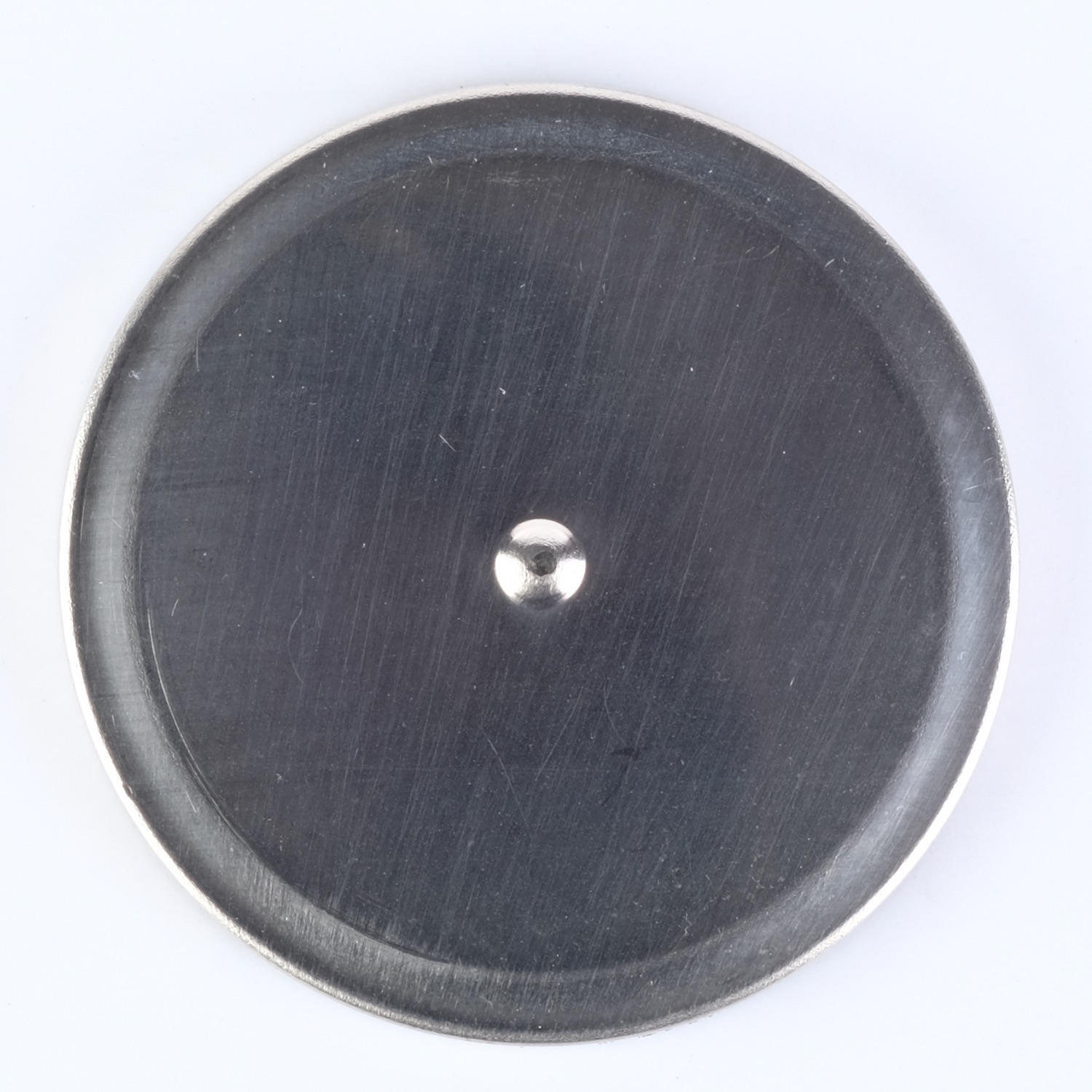 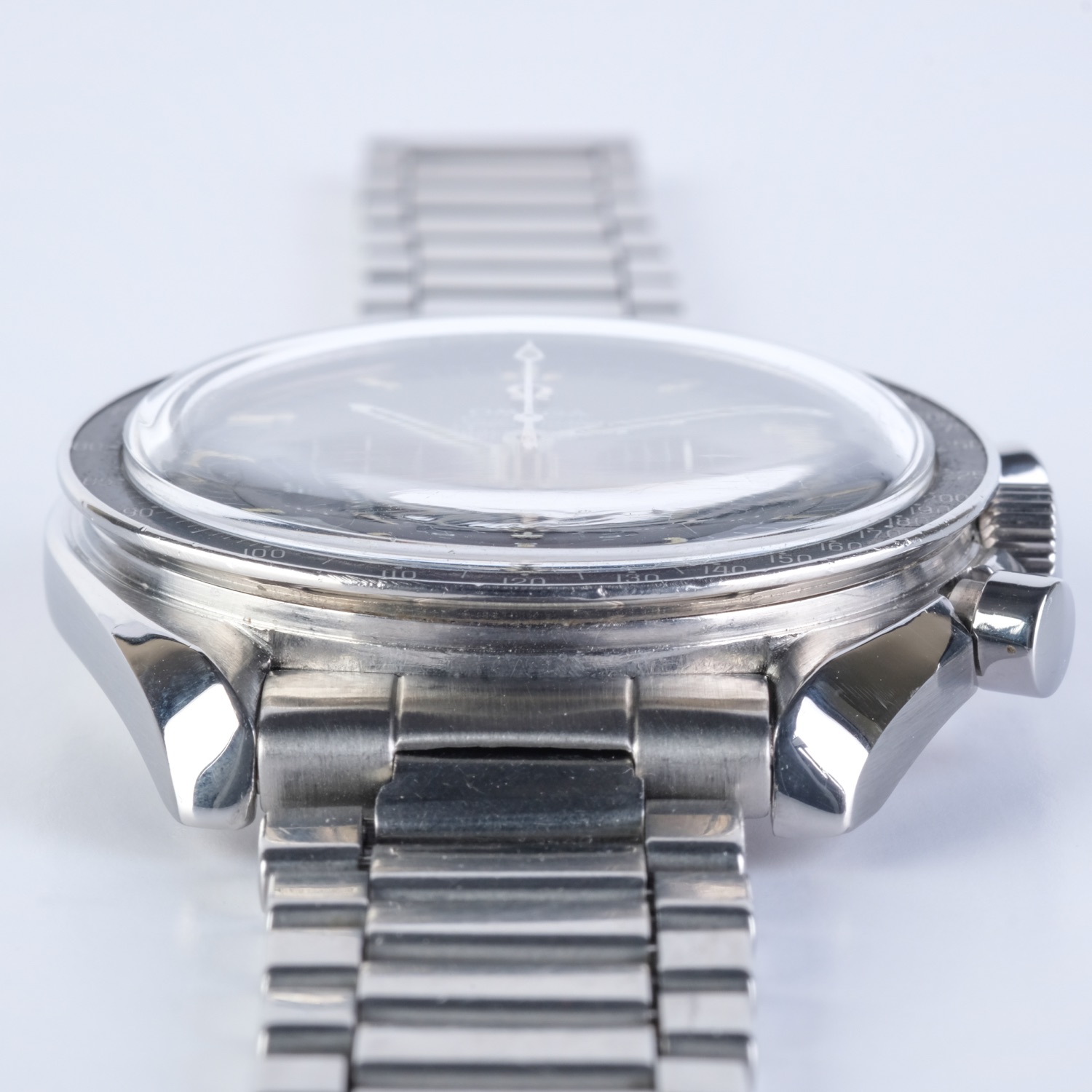 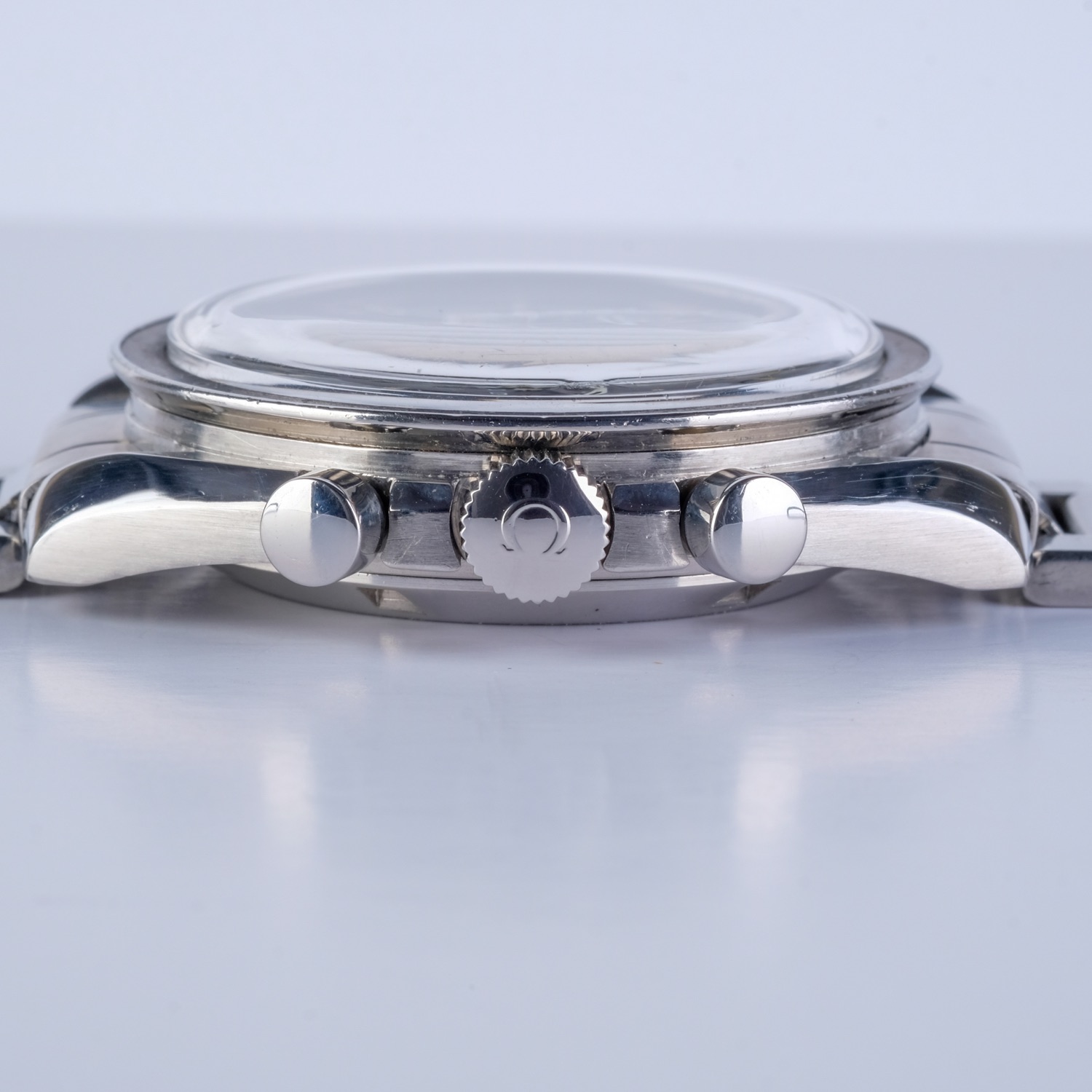 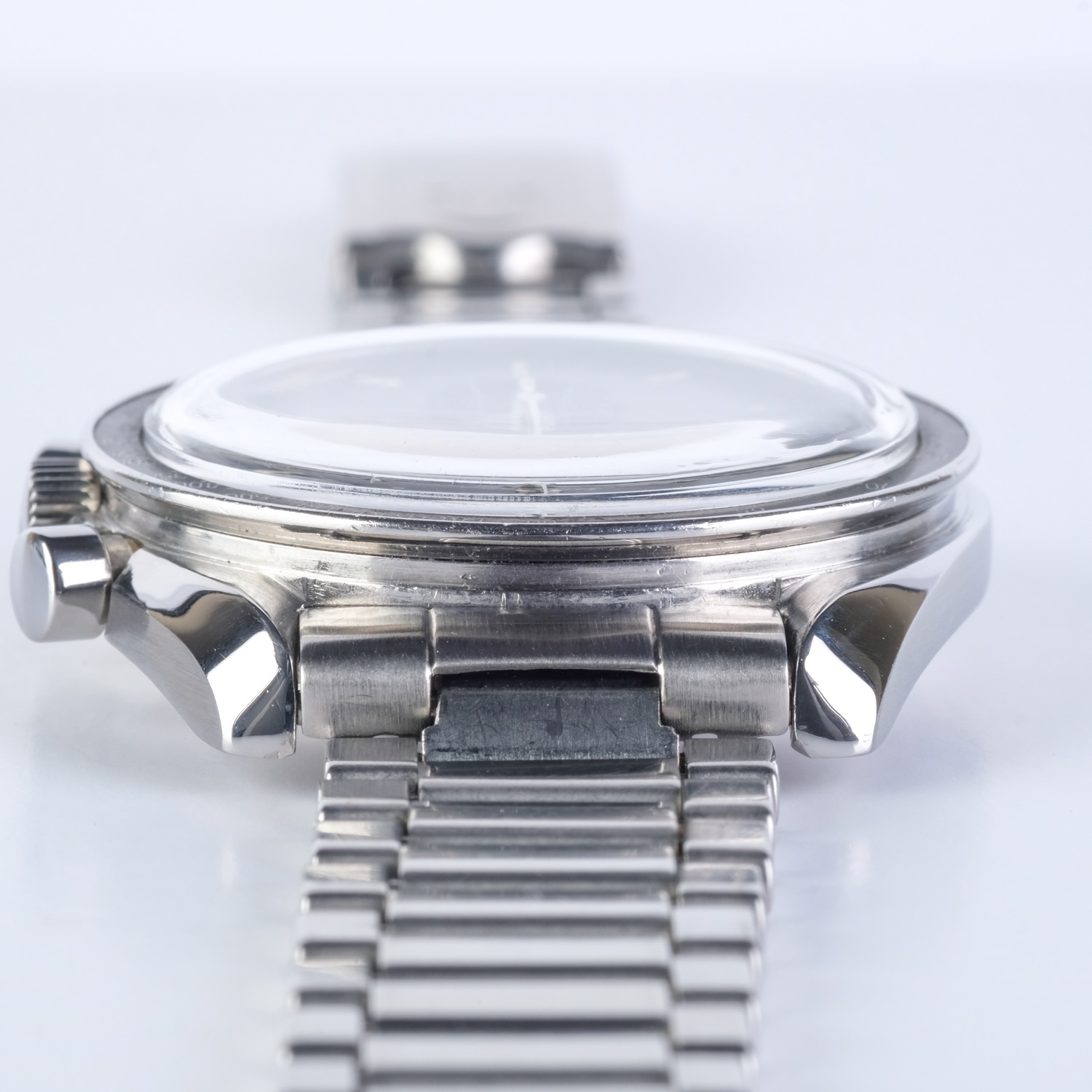 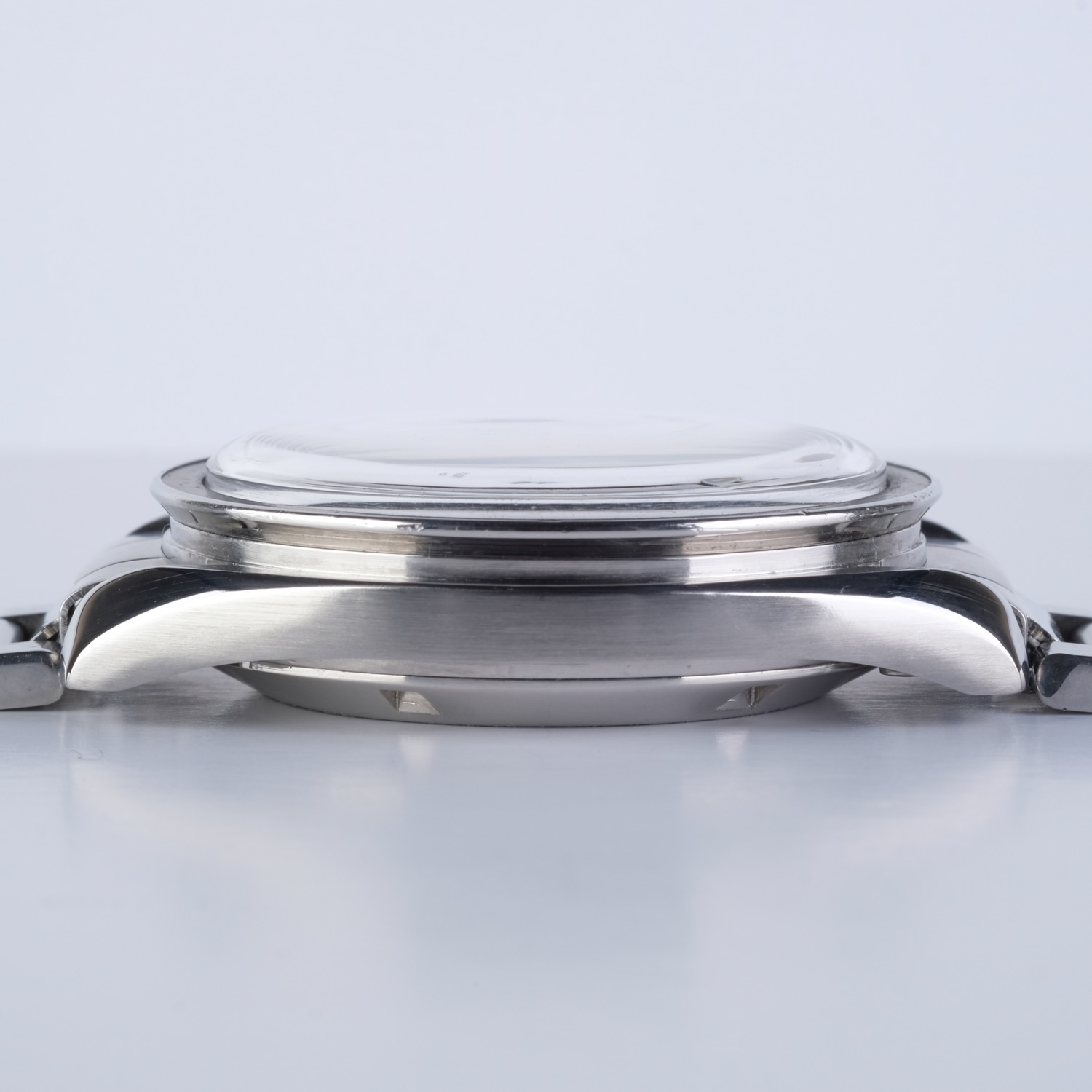 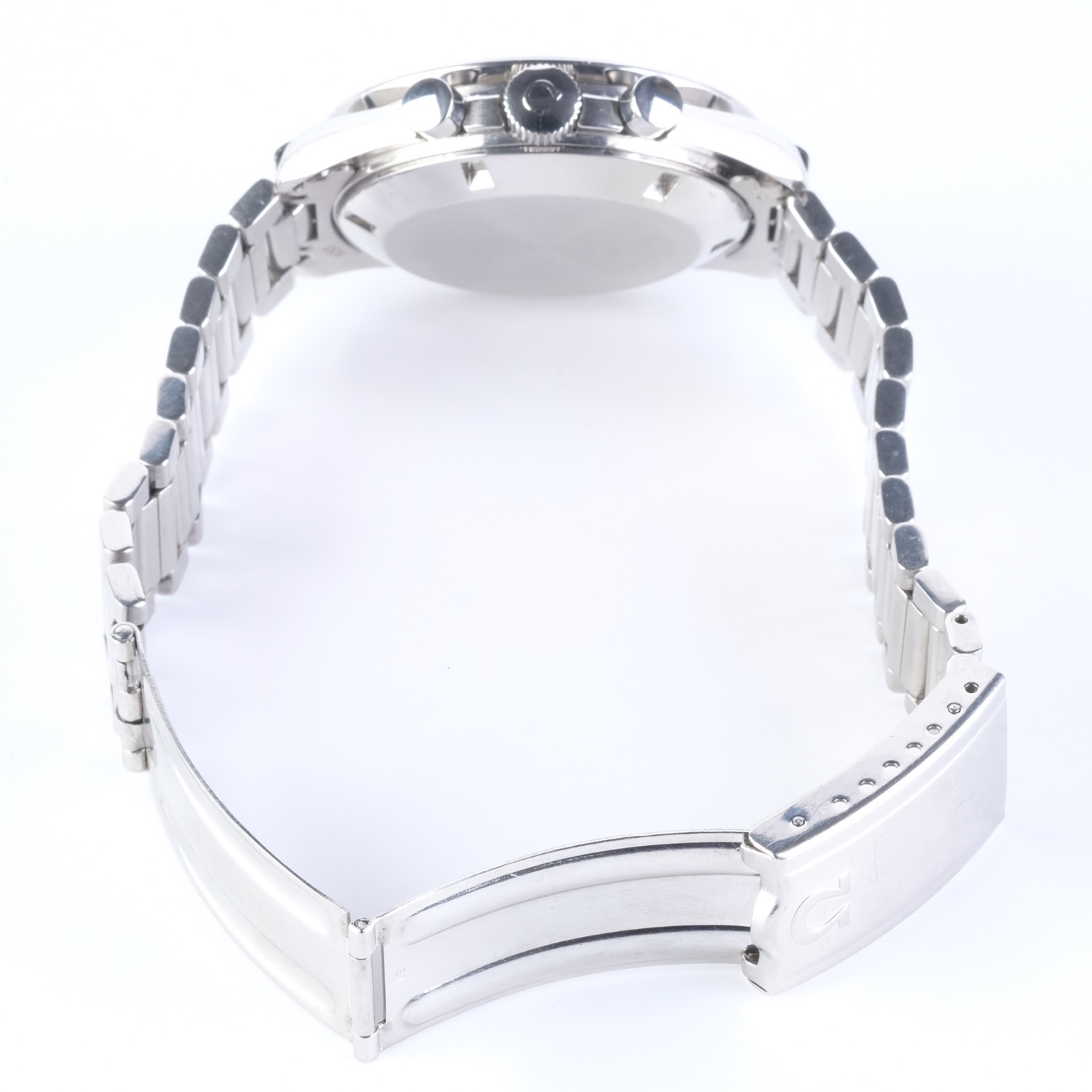 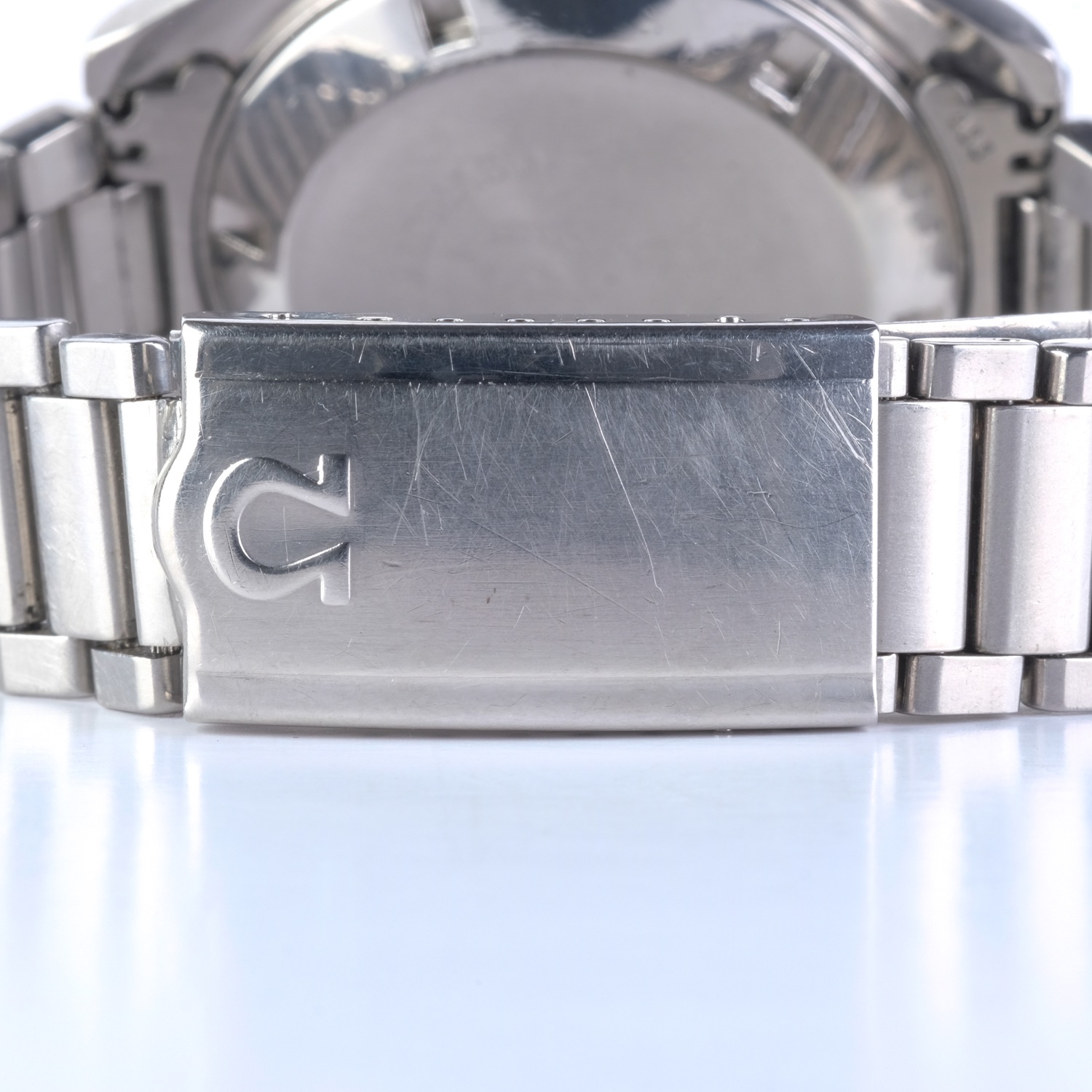 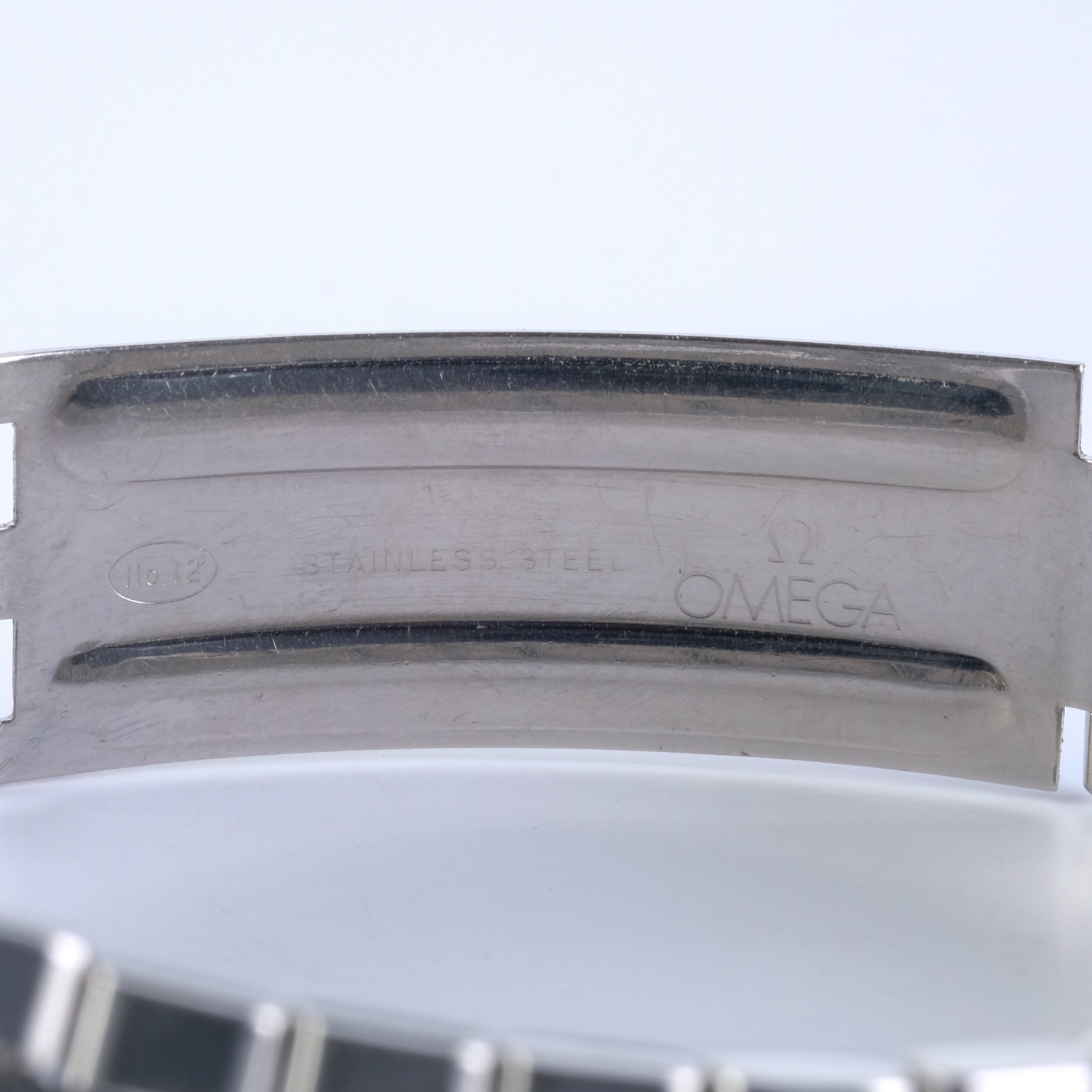 The Omega Speedmaster Professional 105.012 has a special place in history, as it was the first reference that would accompany the Apollo astronauts on the moon. It was worn by Buzz Aldrin during his moonwalk. Neil Armstrong had to leave his Speedmaster in the lunar module, due to the onboard Bulova clock failing during the flight. The Speedmaster 105.012 had several notable changes to its styling. It was the first reference to have the “Professional” moniker on the dial. The 105.012 was also the first Speedmaster to have crown guards. Omega also decided to use two different case manufacturers for reference 105.012. The CB cases were made by Le Centrale Boîtes of Bien, while the HF cases were made by Huguenin Fréres, who also made cases for previous reference Speedmaster timepieces. There were noticeable differences between both cases. The CB case had lugs that were flatter on the upper side of the lugs. The CB case also has a small line between polishing planes on the lugs, which is not present on the HF cases. A Speedmaster 105.012 with the CB case is a very rare and special find.

The Speedmaster was introduced in 1957 as a sports and racing chronograph, complementing Omega’s position as the official timekeeper for the Olympic Games. It’s iconic place in history stems from it’s utilization by NASA for the Gemini Titan III crews, and eventually by the astronauts on the Apollo 11 mission, which made it the first watch to be worn on the moon.

This Speedmaster 105.012 is a CB case with the CB logo stamped inside the case back. The bracelet is period correct, made for Omega, for original sale to the Mexico market. It has the Caliber 321 movement. The stamped Omega logo on the acrylic crystal is still visible.

This Omega Speedmaster 105.012-66CB is in good condition. The Caliber 321 movement has recently been serviced. There is visible wear on the lugs, case and bracelet, as expected from a watch of this age. The hands and hour markers have patina, and there are slight scratches on the bezel, all visible in the photos. It comes with red Omega box and has the international guarantee booklet. This timepiece dates to 1966/67.